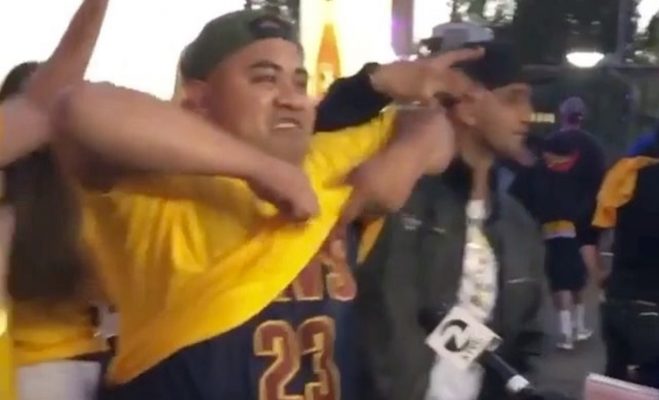 The Golden State Warriors came away with a 113-91 victory over the Cleveland Cavaliers in Game 1 of the NBA Finals on Thursday night, but one Cavs fan apparently continued to pledge his allegiance after the game.

During a live interview by a Bay Area television station, an undercover Cavs fan started by giving his interview in a Warriors shirt but quickly unveiled his true allegiance as a LeBron James fan by yelling “LeBron James m———–!”

Watch the interview unfold for yourself below.