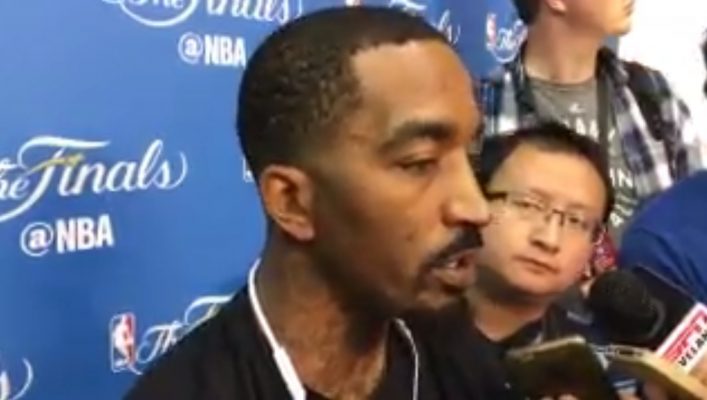 Despite the sting of the Cleveland Cavaliers‘ Game 1 loss to the Golden State Warriors in the NBA Finals, the team’s veteran shooting guard J.R. Smith remains confident about the team’s chances to repeat as league champions. The secret, according to Smith, lies in taking a fundamental approach to the task at hand.

J.R. Smith: "If we take care of what we have to take care of, it doesn't matter if they're the '96 Bulls. We would win." pic.twitter.com/MXyLiRwS1H

“Watching basketball throughout the course of the season, you obviously know they’re very good,” Smith said. “But one thing about us, it’s all about us. If we take care of what we’re supposed to take care of, it doesn’t matter if it’s the ’96 Bulls. It doesn’t matter, we would win. So, we just got to worry about us and understand no matter what they do, we do what we’re supposed to do, they can’t beat us.”

That 1996 Chicago Bulls team that Smith mentioned completed that year’s regular season with a then-record 72 wins before capturing the NBA title over the Seattle Supersonics (now Oklahoma City Thunder) in six games.

Last season, the Warriors managed to top that Bulls regular season mark by one game, but as every Cavaliers fan on the planet is aware, they came up short in Game 7 of the Finals to the Cavs. That gave the franchise its first NBA title and put an end to a 52-year title drought in the city of Cleveland.

Game 2 will tip off on Sunday night just after 8 p.m. ET.