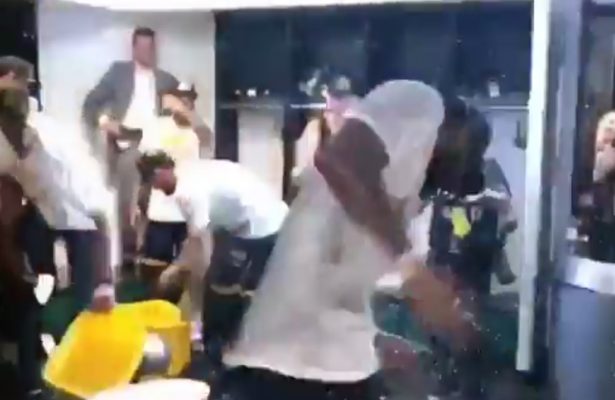 For a third consecutive year, the Cleveland Cavaliers are headed back to the NBA Finals to face off against the Golden State Warriors.

To accomplish this incredible feat, the Cavs had to defeat the Boston Celtics in an unpredictable five-game series. Superstar LeBron James led the way in Game 5 as he finished with 35 points, eight rebounds, eight assists, and three steals.

Although the Cavs have a tall task ahead of them as they now must face a Western Conference juggernaut in the Warriors, James preached to the rest of the team to enjoy and live in the moment.

And from the looks of it, that’s exactly what they did after claiming their third straight Eastern Conference championship.