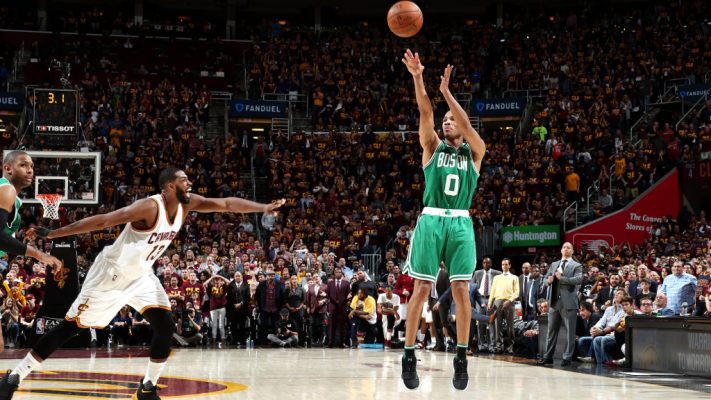 While it’s now a moot point, the NBA announced on Monday afternoon that in the waning moments of the Cleveland Cavaliers’ 111-108 loss to the Boston Celtics on Sunday night, a jumper by the Celtics’ Jonas Jerebko with 30 seconds left should not have counted.

Joe Vardon of Cleveland.com wrote that the league ruled just prior to Jerebko putting up his jumper, his teammate Marcus Smart should have been called for a moving screen. That basket gave Boston the lead at 108-106, which then led to a Kyrie Irving basket to tie the game up with 10.7 seconds left.

“The NBA, in its review of the officiating in the last two minutes, said Smart should’ve been whistled for an offensive foul because Smart ‘continue(d) moving into Irving (CLE) and affect(ed) his ability to defend the play,'” wrote Vardon.

The game-winning 3-pointer by Avery Bradley in the final seconds was also looked at, though the league found no problems with any portion of that particular play. Criticism about Boston’s Al Horford reportedly hooking Cleveland’s Tristan Thompson was the basis for that review.

“The league said the refs were right on the no call and deemed Horford’s screen legal because Horford gave Thompson ‘room to avoid the contact,'” wrote Vardon.

Of course, the reality of the loss is that the Cavaliers held a 21-point lead with five minutes gone in the second half and were unable to put the Celtics away. They’ll get a chance to go up 3-1 in the best-of-seven series on Tuesday night, with tipoff set for just after 8:30 ET.