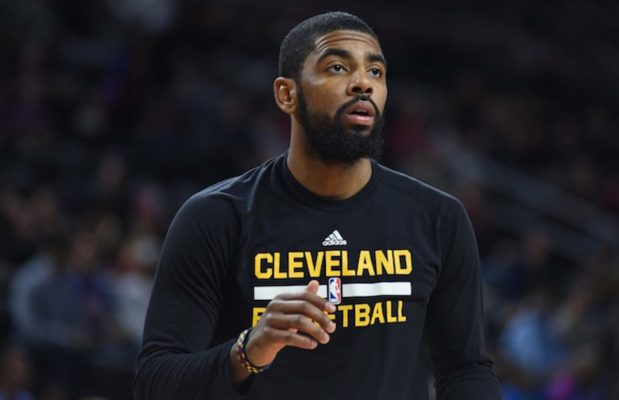 The career of an NBA player can vary wildly, with some spanning only a short time and others lasting as long as two decades. In the case of Cleveland Cavaliers point guard Kyrie Irving, the length of his tenure in the league may be on the shorter end of the scale, since he’s hinted that he could end up retiring sooner than expected.

Irving only turned 25 a few months ago, but indicated during a conversation on the “Road Trippin’” podcast, hosted by teammates Richard Jefferson and Channing Frye, that such an idea isn’t out of the question:

On a new episode of Channing Frye and Richard Jefferson's podcast, Kyrie Irving hinted he may retire earlier than expected. H/T @NBA_Reddit pic.twitter.com/5Y4C3Ho7nf

Irving is playing in his sixth season with the Cavaliers, but has seen more than his share of injuries during that period. Even before he arrived, he sat out much of his only season at Duke University with an injured toe on his right foot. Since donning a Cavs jersey in 2011, he’s sustained the following injuries: a concussion, right nasal fracture, fractured jaw, broken finger, broken hand, sprained left shoulder, bruised knee, hyperextended knee and most notably, his 2015 fractured kneecap.

That last injury required a six-month recovery period and was a key factor in the Cavaliers coming up short during that season’s NBA Finals against the Golden State Warriors. The cumulative effect of those injuries and the soreness in that knee that periodically surfaces could potentially determine whether or not Irving follows through on actually walking away.

Regardless of what actually occurs, Irving’s place in not only Cavs history, but Cleveland sports history as well, has already been solidified. His iconic 3-pointer over Stephen Curry will remain fresh in every Cavaliers fan’s memory bank forever.