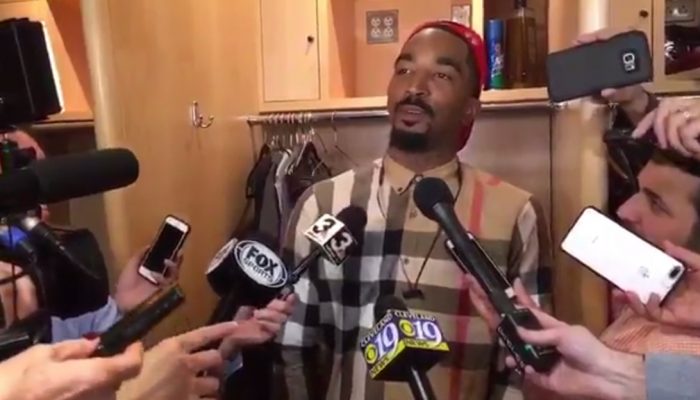 The Cleveland Cavaliers easily came away with a 116-105 victory on Monday night over the Toronto Raptors in Game 1 of the Eastern Conference semifinals.

A large reason for the win was because of the production of LeBron James, who contributed 35 points, 10 rebounds, and four assists on the evening in addition to a hilarious moment in the third quarter. After getting wrapped up on the way to the basket by Serge Ibaka, James decided to take grab a beer from an unsuspecting vendor.

Teammate J.R. Smith was asked about the incident after the game and his response was just what you would expect from him.

J.R. Smith on LeBron's beer grabbing moment: "I thought it was hilarious, but then I thought about how it would look if I did it." #Cavs pic.twitter.com/jNU3ZU8QwN