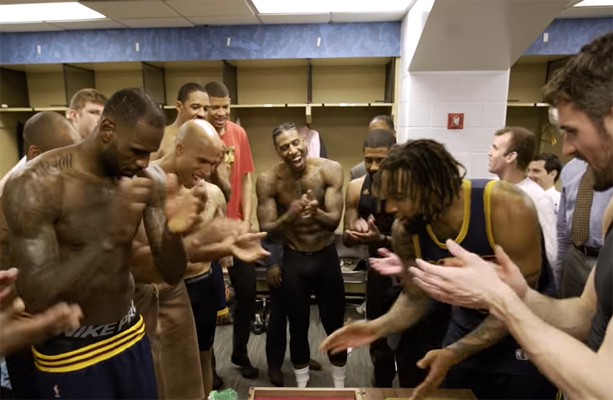 After the Cleveland Cavaliers‘ historic 25-point comeback victory over the Indiana Pacers on Thursday night, superstar LeBron James spoke on his Uninterrupted platform about the victory and also gave fans a sneak peak at a tradition that the team is bringing back from last year’s playoff run.

With 16 games to win in order to capture a championship, the Cavs have represented each game with a piece of a puzzle. After every victory captured, the team places one of the pieces down, until hopefully, the entire puzzle is complete.

The Cavs are that much closer to their ultimate goal after completing their sweep of the Pacers on Sunday afternoon and will look to either face off against the Milwaukee Bucks or Toronto Raptors in Round 2.

After the @Cavs' strong comeback in Game 3, @KingJames reflects on his team's hustle leading up to the much anticipated Game 4. #NBAPlayoffs pic.twitter.com/AKD2bb2Thb