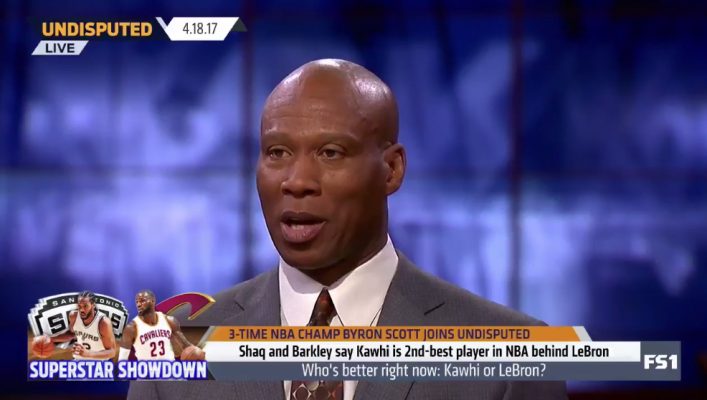 However, according to former Los Angeles Lakers head coach Byron Scott, James is without a doubt still the best player in today’s game.

"[LeBron James] is still the best player in this league." — Byron Scott

RT if you agree with Byron pic.twitter.com/RluSIUwT0E

While much of the debate will depend on how far the former MVP takes the Cavs this postseason, James has still done wonders this past regular season. The 32-year-old finished the regular season averaging 26.4 points in addition to a career-high 8.7 assists and 8.6 rebounds a game.

James will continue his quest for a fourth championship when the Cavs take on the Indiana Pacers on Thursday at 7 p.m. E/T at Bankers Life Fieldhouse for Game 3 of the Eastern Conference quarterfinals.