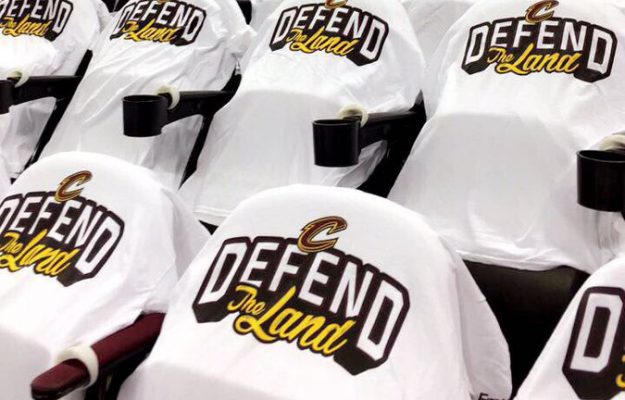 For the entirety of the NBA season and carrying on into the postseason, the Cleveland Cavaliers have branded their slogan to be “Defend The Land.”

Being the defending champions and referring to the city of Cleveland as “The Land” for quite some time now, the slogan is only fitting.

On the contrary, it seems like their NBA rival Golden State Warriors have magically plucked their own slogan, “Defend Our Ground,” out of thin air or perhaps got the idea from another team. We’ll let you be the judge.