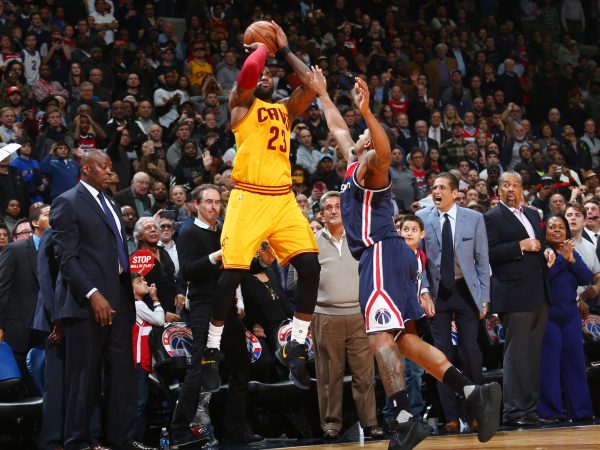 The image of Cleveland Cavaliers forward LeBron James performing in the clutch is something that’s constantly been on display over his 14 seasons in the NBA. The latest example of that came on Thursday night, when he scored 17 points during the fourth quarter to help the injury-plagued Cavaliers hold off the Utah Jazz.

The stats below show that James is at or near the top in a number of different categories in crunch time, with “clutch shooting” being defined as a player’s field-goal percentage in the final five minutes of regulation or overtime and neither team being ahead by more than five points.

76 players in the NBA have attempted 150 shots in the 4Q this year.

Such numbers shouldn’t be surprising to either fans of the Cavaliers or basketball fans as a whole. Both of James’ crunch-time numbers are markedly different from James’ first two seasons back with the team.

James’ improved precision from the field and his ability to connect from long-range over the course of an entire game have been staples of another MVP-caliber season. Whether or not he ends up being selected remains to be seen, but such numbers enhance the validity of any case that needs to be made on his behalf.

cleveland cavaliersfeaturedlebron jamesnews ticker
← Previous Story LeBron James Tells Story of How His Mom Helped Him Cheat in Fourth Grade
Next Story → NBA Lashes Out at David Griffin for Sitting Out Big 3, Griffin Fires Back