Don't Miss
Home / Game Reports / Cleveland Cavaliers vs. Indiana Pacers Game Recap: Shoot the Ball Every Time You Get It

Cleveland Cavaliers vs. Indiana Pacers Game Recap: Shoot the Ball Every Time You Get It 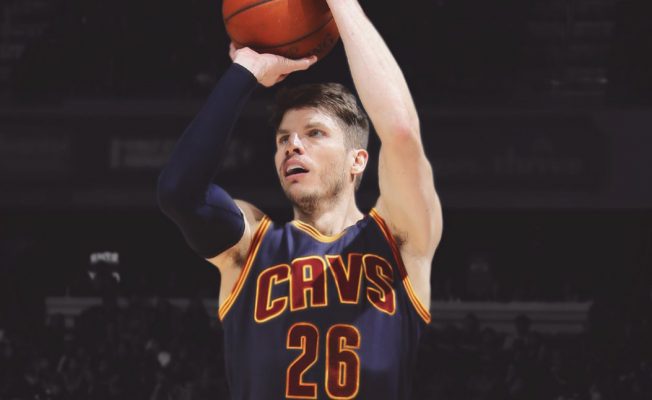 The Cavaliers had trailed 63-57 at the half and were behind by as many as 15 during the first quarter until they erupted for 40 points third-quarter points. The opening flurry was sparked by Irving’s nine points during the first three-plus minutes that gave Cleveland the lead for good.

“I thought we came out in the second half with a defensive mindset and we stuck to the game plan,” Cavs head coach Tyronn Lue said.

Then, Korver’s nine points on a trio of 3-pointers served as a key part of the team’s 17-3 run to close out the period to give Cleveland a 97-81 lead. Shooting 65 percent from the field during those 12 minutes, the Cavs were scorching at the outset of the period by hitting 10-of-12 from the field to start things off.

“I got a bunch of great looks tonight. I’ve said that nothing gets a shooter more open than other shooters and we’ve got a whole bunch of guys,” Korver said. “I finally had a game where I could knock down a bunch of [3-pointers].”

The Pacers did get the margin down to seven points with 4:32 left in the game, but any thoughts of a fourth-quarter collapse by the Cavaliers ended as they closed with an 18-10 run.

Korver was a key reason for that late push, staying hot during the final quarter. He finished the night with 29 points by connecting on 10-of-12 from the field, including a career-high eight 3-pointers. Irving matched that scoring output and also dished out seven assists.

“We all knew he could shoot the basketball and he was able to get open,” Lue said about Korver. “We know we have to feature him, so we try and run plays for him.”

“He (Korver) gets a lot of his action off our game plan and he tries to read and react to the defense,” James said. “When he’s open, you have to get it to him because he’s a hell of a shooter.”

At the start of the contest, Indiana had taken a 10-4 lead before Cleveland answered back with eight consecutive points. However, the Pacers then put together a 23-6 run that gave them their biggest lead of the half at 33-18.

The Cavs made repeated efforts to get back in the game, but kept getting repelled by the Pacers. At one point, the Cavaliers had an opportunity to make it a one-possession game with less than four minutes left in the half. That surge ended when Indiana scored nine of the next 11 points before Cleveland managed to reduce their halftime deficit to six.

“Everybody’s getting more and more confident with what we’re doing,” James said. “We just want to get better and better every game.”

The victory came with just 11 healthy players suiting up for the Cavs, as Iman Shumpert missed this game with a sprained left ankle suffered in Monday night’s 140-135 overtime win over the Washington Wizards.

The Cavaliers now head to Oklahoma City to take on the Thunder in a Thursday night game that will be nationally broadcast by TNT. Tipoff for the game will be just after 8 p.m., with the Cavs looking to end their struggles when it comes to playing the latter part of back-to-back games. This season, all six of their road games in this situation have resulted in losses.