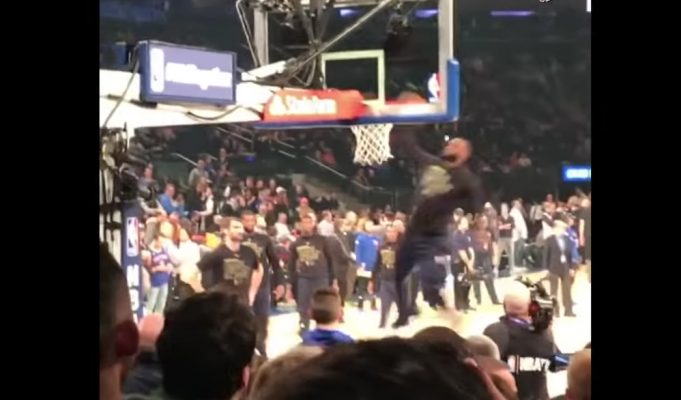 Cleveland Cavaliers superstar LeBron James may be 32-years-old, but that doesn’t mean he doesn’t know how to still throw it down with the best of them.

On Saturday night before his team’s contest against the New York Knicks, James decided to give the fans at Madison Square Arena a treat as he decided to hold his own personal dunk show during pregame warmups.

Watch the four-time MVP’s personal dunk contest unfold for yourself below.