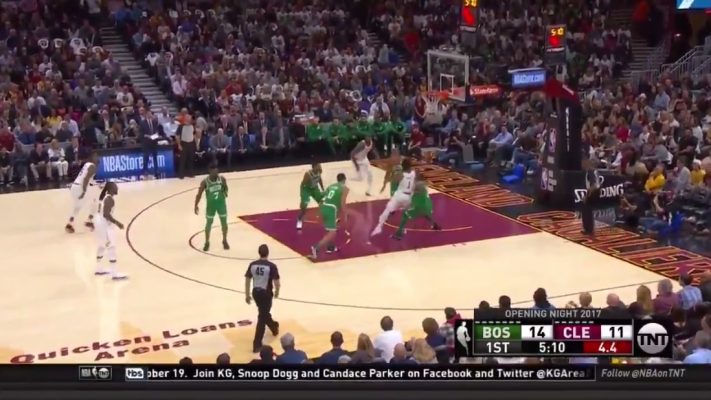 The Cleveland Cavaliers‘ season-opener started off in shocking fashion when Celtics small forward Gordon Hayward went down with a gruesome ankle injury. Lost in the drama created by the injury, however, has been an impressive performance by Cavs point guard Derrick Rose.

Midway through the first quarter, Rose took former Cavs point guard Kyrie Irving to the basket with a jaw-dropping display of quickness and agility.

Irving was never known for his defensive prowess while he was a member of the Cavs, and it seems his defensive troubles have followed him to Boston. As for Rose, this kind of quickness is a glimpse into just how valuable the former NBA MVP can be when he is fully healthy.

In the first half of the game, Rose had seven points, two rebounds, and four assists. He’ll look to add to those numbers in the second half of the Cavs’ season-opener.