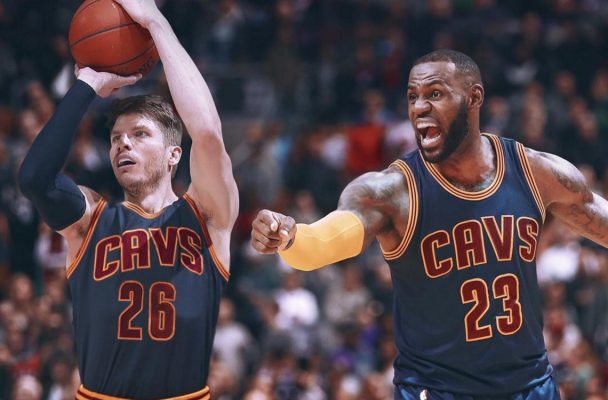 The pending insertion of Kyle Korver into the Cleveland Cavaliers‘ lineup is building excitement for what could be an endless barrage of 3-pointers by the team over the rest of the season. New teammate LeBron James is one of those excited about making the most of Korver’s talents and has offered him a simple bit of advice.

“The first thing I told him when he walked into the locker room the other day was, ‘If you want to fit in, shoot the ball every time you get it,'” James said. “Shoot the ball as soon as it touches your hands. Shoot it. We don’t care.”

“From my perspective, as far as the quarterback, I see where my receiver likes the ball,” James said.

“If he’s available to play we’re going to play him minutes, so we’ll see how it goes,” Lue said.

Korver is expected to make his debut tonight as the Cavs take on the Jazz at 9 pm E/T.