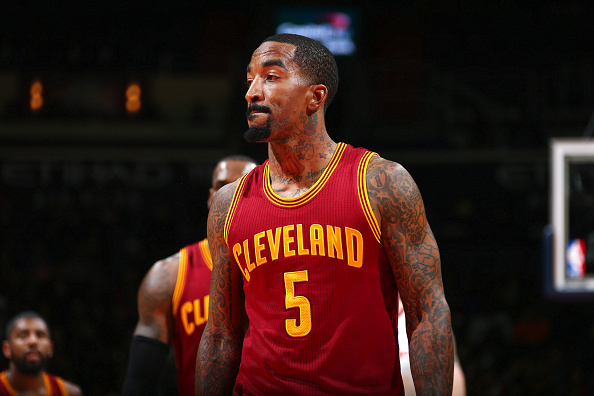 According to Dave McMenamin and Brian Windhorst of ESPN, the Cleveland Cavaliers fear that starting shooting guard J.R. Smith may have broken his right thumb in Tuesday night’s 114-108 overtime win over the Milwaukee Bucks.

Smith exited the first half of the contest with an injured thumb after swiping down on Bucks forward Giannis Antetokounmpo and did not return.

Initial X-rays taken at the arena were inconclusive and Smith will need to travel back to Cleveland on Wednesday to be reexamined at Cleveland Clinic.

The 6-foot-6 shooting guard has already missed six games this season due to knee and ankle injuries, as he’s averaging a mere 8.8 points on a career-low 33.7 percent shooting from the field on the year