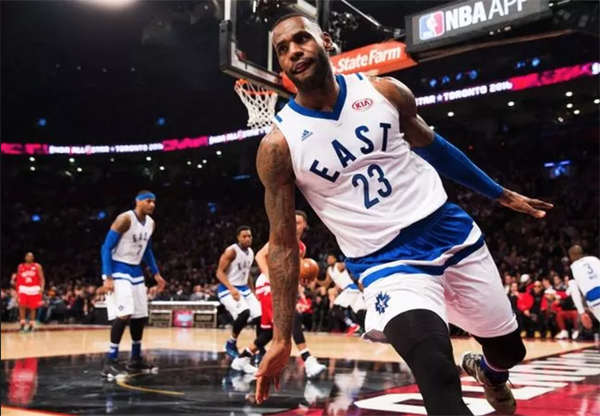 NBA All-Star Weekend is an event that’s changed from what was once a single game into three days of excitement, with Cleveland set to once again become part of the fun. While no official date has been set for an All-Star Game in Cleveland, the contest could be played in the city as early as 2020.

By that time, Quicken Loans Arena will have undergone a $140 million renovation for the facility that opened in 1994. The target date for completions of that renovation is sometime in late 2019, with the final decision on the game usually taking place two years prior to the game being played.

NBA Deputy Commissioner Mark Tatum released a statement about both the renovations and the prospect of another NBA All-Star Game in Cleveland.

“The NBA is very supportive of the Quicken Loans Arena transformation project which we believe will greatly benefit the entire Cleveland community,” Tatum said. “We understand the impact this project will have in continuing the great momentum we have all seen recently in the city. We look forward to holding our week of NBA All-Star events in Cleveland in the near future following the successful completion of The Q transformation project.”

Cleveland Cavaliers CEO Len Komoroski indicated that the NBA has promised the event to the team, contingent on that renovation being completed. The renovation will be done around games and other events held at Quicken Loans.

Two years ago, the Cavaliers and the Greater Cleveland Sports Commission had submitted a bid. However, NBA commissioner Adam Silver indicated last year that improvements needed to be made to the arena before consideration could take place.

“We’re very excited about returning to Cleveland at some point for an All-Star game,” Silver said then. “We know Dan Gilbert would very much like it to happen and I think it’s just a function of when. Making sure that the timing is right in terms of the upgrades to the building.”

The Cavs have twice hosted the All-Star Game during their 47 seasons in the league, in 1981 and 1997. In both cases, the league honored its past by naming all-time teams during the weekend.

The financial impact for the Cleveland area of the entire weekend could be an estimated $100 million, based on recent studies from Orlando and New Orleans.