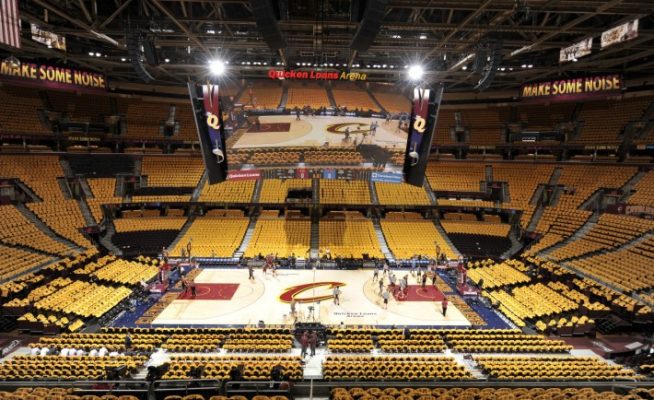 Just one month into the season, and the Cleveland Cavaliers have added another touch to its home court at Quicken Loans Arena that again reinforces its status as reigning NBA champions.

The Cavaliers tweeted out a photo of the logo that can be seen below, with the Larry O’Brien Trophy prominently on display. Fans will get their first look at it on Wednesday night when the Cavs take on the Portland Trail Blazers.

A nice addition to our floor for the holidays. ? #WonForAll pic.twitter.com/Uzj3A6Cnmz

One month from Friday, the team that Cleveland knocked off in the finals, the Golden State Warriors, will be able to see the logo. That series ended with the Cavaliers becoming the first NBA team ever to come back from a 3-1 deficit in the NBA Finals.