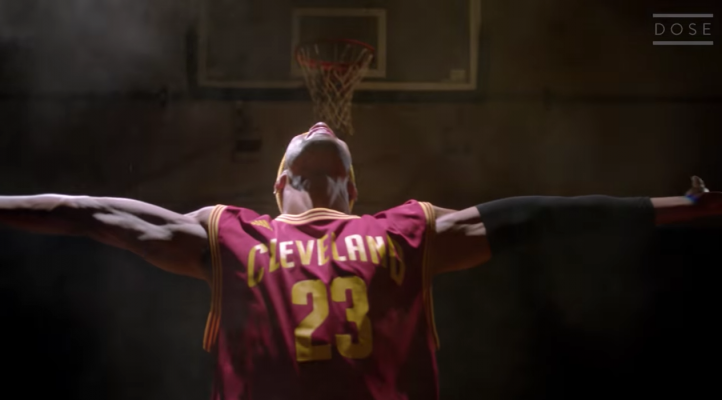 Since opening on Broadway last year, the musical, “Hamilton”, has been a tremendous success with sold-out crowds for every performance. That level of success, coupled with the continued excellence of Cleveland Cavaliers forward LeBron James resulted in a musical mashup to celebrate James in the style of “Hamilton.”

Dose.com produced the video, which lasts slightly under five minutes and follows the course of James’ legendary career. It features individuals who are meant to resemble other NBA players. This group includes (in order of appearance): Stephen Curry, Dwyane Wade, Kyrie Irving, Chris Bosh, and spans from James’ high school days to his MVP performance in last year’s NBA Finals.