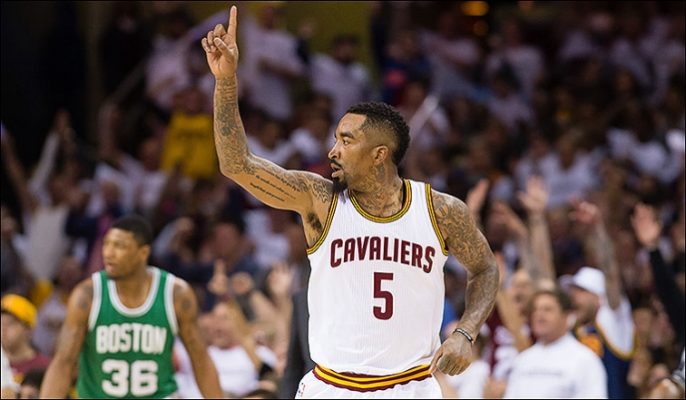 Cleveland Cavaliers shooting guard J.R. Smith has thrived since coming to the team in January 2015 and is not only looking to finish his career with the team, but also lay down some roots in the process.

Jason Lloyd of the Akron Beacon Journal noted that Smith will eventually be moving close to his friend, LeBron James. The 31-year-old guard is currently in the midst of purchasing a home in the Akron suburb of Bath Township.

Prior to signing a four-year contract with the team last month, Smith wasn’t sure about his status. For the second year in a row, Smith was a free agent who received little interest from other teams. However, in the weeks before the start of the 2016-17 regular season, Smith and the Cavaliers reached an agreement.

The peace of mind that Smith enjoys wasn’t always around for him. Since entering the NBA in 2004, Smith has played for four teams, including the Cavaliers. In his three previous stops, his off-the-court issues often overshadowed his potential.

That changed when he was dealt from the New York Knicks along with Iman Shumpert in January. Since that time, Smith has had no off-the-court troubles and compares the Cleveland area to his boyhood home of southern New Jersey.

“Things are more spaced out. It’s more suburban life,” Smith said. “New York is New York. Obviously there’s no place like New York, but this is where I belong.”

Smith has had a busy 2016, having helped the team to their first NBA title in June before getting married less than two months later. He announced at the time of his signing that his wife was expecting another child and on Thursday, Smith will join his teammates at the White House in recognition of their NBA title.