This LeBron James Rookie Card Is Expected to Sell for $200,000

LeBron James’ status as The King appears to be reaching far beyond the basketball court with news that a 2003 rookie card of the Cleveland Cavaliers forward is expected to sell in an auction within the next few weeks for approximately $200,000.

The card, produced by Upper Deck, was part of the company’s “Ultimate Collection” series that year, according to Joe Noga of Cleveland.com. Besides the fact that the card came from his rookie season, the item also includes his autograph and a game-worn jersey patch from that season. 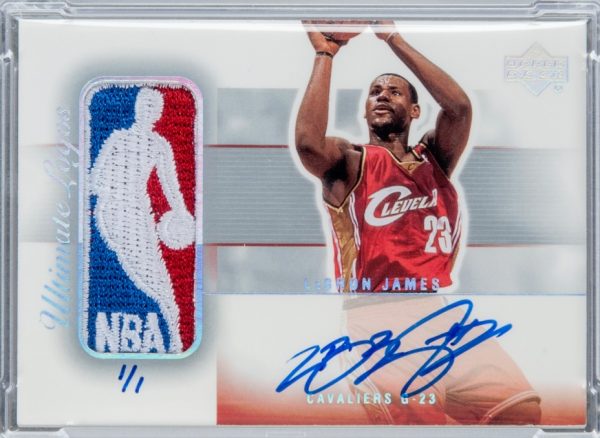 Ken Goldin, whose namesake company, Goldin Auctions, is handling the event, gave an indication of just how rare it is that a card made after 2000 is so valuable.

“It’s highly unusual to see a modern card like this to sell so high,” Goldin said. “A lot of these type of cards end up going to high-end buyers who want to have the best collections.”

Goldin also offered a pop culture comparison regarding its value.

While some Cavaliers fans may believe that anything connected to James from Game 7 of the 2016 NBA Finals might be worth more. Goldin dissents from that opinion.

“If you had the jersey he wore in Game 7 of the NBA Finals, this card is worth more,” Goldin said.

Goldin said that the card came from someone who was lucky enough to find it in a pack of cards they purchased in 2003. After holding onto it for more than a decade, its value skyrocketed at roughly the same rate as James’ career. At that point, the collector decided to cash in on his stroke of luck.

The auction ends on October 1, with four bids having been offered. While the current price is a mere $65,000, Goldin fully expects the final bid to hover near or above $200,000.