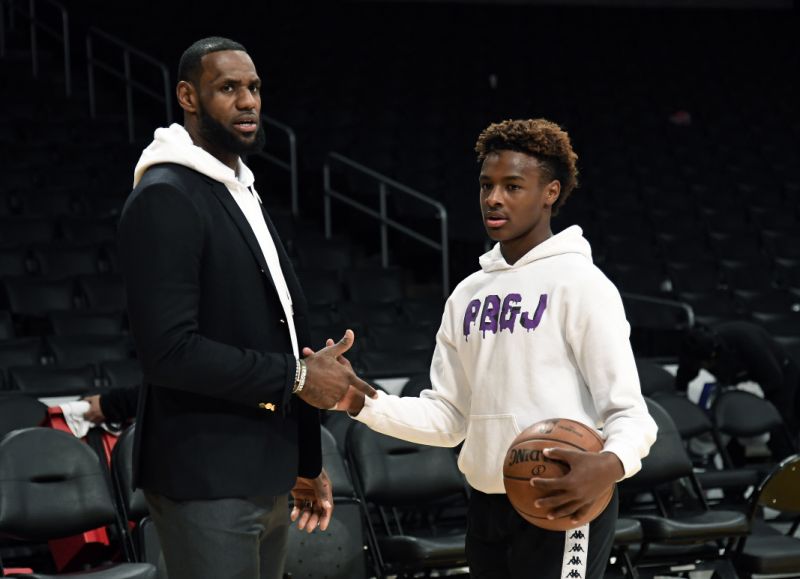 Former NBA guard Gilbert Arenas had moments of greatness during his 11-year career. In retirement, he is now focused on talking about the game and passing on his knowledge to the next generation.

In his opinion, LeBron James Jr. is a “super freak” who will follow in the footsteps of his legendary father.

Leo Sepkowitz of Bleacher Report spoke with Arenas and noted how two of the former NBA star’s five children are competing in AAU basketball. That’s resulted in Arenas working with other players’ children, with the former All-Star projecting the younger James to be a future great.

“The only person that’s gonna challenge LeBron’s stats is the next one coming,” Arenas said. “He’s a super freak.”

Possessing the combination of outstanding genetics, unequaled access to advice from his father, and the opportunity to frequently play against high-level competition, the younger James does have potential to reach such lofty heights. However, it’s important to remember that he’s currently only 14 years old and doesn’t turn 15 until October.

Arenas is all too familiar with projections that can often come up short because of unforeseen circumstances. In April 2007, he was in his sixth season and had been a member of the last three Eastern Conference All-Star teams, but a severe knee injury limited him to just 15 games over the next two years. His career largely continued on a decline until he announced his retirement in 2012.

For the elder James, he’s undoubtedly hoping that his son does attain such greatness and has been a frequent presence at offseason basketball events that feature his son.

There’s a slim chance that the two could one day play on the same NBA team together. However, the 34-year-old James won’t have the luxury of choosing where his son ends up when he’s presumably drafted years from now.