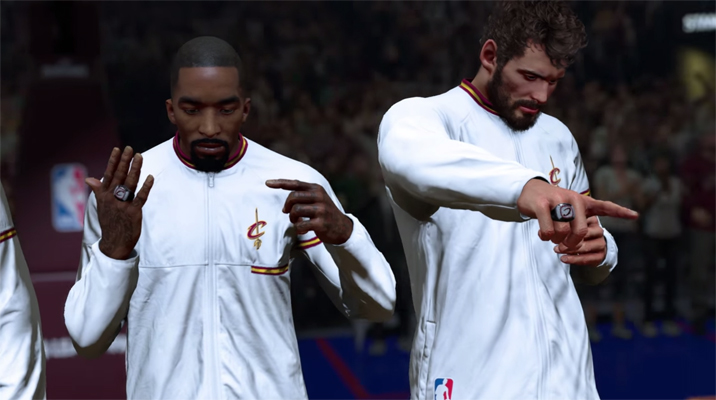 It’s almost time for the NBA season to kick off, and one of the things that officially marks that occasion is the annual release of the video game NBA 2K17.

Well, the pre-order release is just a shade over 24 hours away, and the nationwide release date is now just under a week away on Sept. 20.

And 2K has just released the most expansive trailer showcasing just how incredible the gameplay is and how realistic all the new elements are going to feel.

Previous trailers have shown things like the reality of the NBA arenas or have even previewed updated game modes such as MyPlayer.

But this trailer, titled “Momentous” shows off nothing but gameplay from some of the world’s greatest players.

It features Kyrie Irving crossing defenses up, LeBron James soaring past a group of defenders and even J.R. Smith getting his NBA championship ring.

With the ability of next-generation consoles to bring sports games to life, the team at NBA 2K has seemingly mastered how to make the game look and feel just like the real thing.

If you weren’t already excited for the release of NBA 2K17, now you should be.

Check out the trailer below.