Video: Coach K Yells ‘F— You’ to Kyrie Irving After Being Mocked 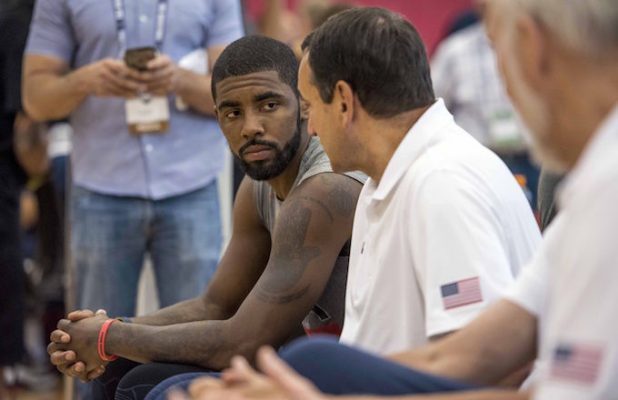 The perils of live television were shown again on NBA TV when Cleveland Cavaliers point guard Kyrie Irving decided to joke around during a practice on Wednesday night with the United States Olympic men’s basketball team. The problem was that head coach Mike Krzyzewski wasn’t in on the joke and responded with a blunt (and profane) comment.

Krzyzewski was in the midst of showing how players could get around a pick as Irving prepared to throw the ball into play. The sight of Krzyzewski moving around caused Irving to start laughing, which resulted in Krzyzewski stopping and quickly saying to Irving, “F— you.” That was followed just a few seconds later by the same retort.

The comment was a momentary annoyance, with the relationship between Krzyzewski and Irving still remaining strong. In his only season playing for Duke University during the 2010-11 season, Irving was limited to just 11 games due to a toe injury.