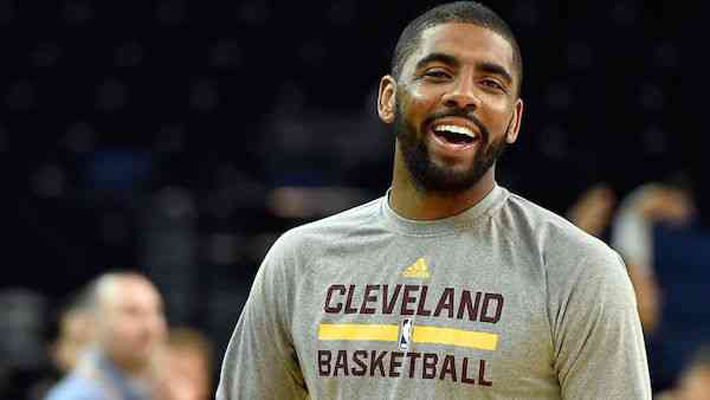 While having LeBron James as a teammate with the Cleveland Cavaliers gives Kyrie Irving someone to talk with on a daily basis during the season, the point guard indicated that his overall approach to the game has been similarly shaped by the retired Kobe Bryant.

Irving spoke to NBC Sports while preparing with the United States men’s national basketball team for the 2016 Summer Olympics in Brazil. He indicated that Bryant had served as an idol and role model during his formative years growing up in New Jersey.

“I never got a chance to play with Kobe, I always watched from the outside like everyone else did — and I’ve been watching Kobe for however long,” Irving said. “I mean, me and my dad used to watch Lakers games and I was just specifically watching his footwork. I’m just studying that dude constantly, constantly, constantly. And once he became a mentor of mine, it was just great.”

When looking at the game from a mental perspective, Irving indicated that Bryant was the person whose advice he sought out on a regular basis.

“In terms of a mental approach, as well as some technical stuff about the game, I’ll always go to Kobe, because he’s as polished as they come,” Irving said. “If you’re talking about about someone who literally just physically imposed himself on the game every single day, and that mindset, oh I’m definitely going to talk Kobe.”

Last week, it was noted that shortly after Irving connected on the game-winning shot in Game 7 of the NBA Finals, he spoke with the Los Angeles Lakers legend via FaceTime.

Despite his reverence for Bryant, Irving is appreciative to also have the veteran wisdom of James on a regular basis. He noted the two legends’ personalities and their approaches toward leadership are different enough to give him a wider perspective on things.

“I’m very, very thankful to have those two guys in my life in terms of my development because it’s just been great…” Irving said. “A lot of things that I feel separates (Kobe and I), from an individual standpoint, is very similar. I’m thankful that I have that from both of them, LeBron and Kobe, because they are two totally different guys, and they bring so much to the team, and so much as individuals, I just want to pick their brains on everything.”

Irving and the United States team will see their first Olympic action on August 6.