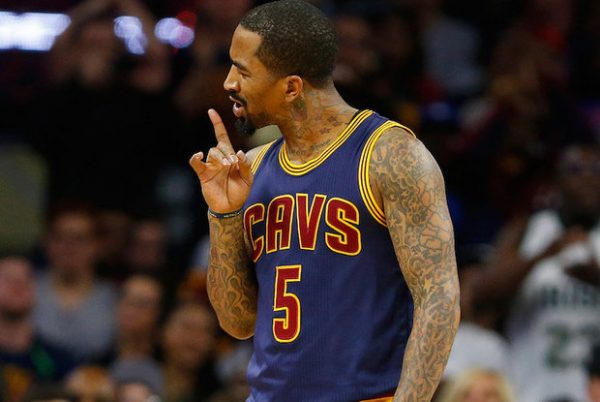 J.R. Smith and the Cleveland Cavaliers are still working to get a deal done, but as of now, the two sides continue to remain “far apart” according to ESPN’s Brian Windhorst. At 30-years-old, Smith still has plenty of game left and was a key piece in last season’s championship run.

In 2015-16, Smith averaged 40.0 percent from beyond the arc, then brought that percentage up to 43.0 percent in the playoffs. He also managed to pick up his defensive game last season which makes him even more valuable moving forward. How much is Smith worth to the Cavs though?

Yikes… hearing JR Smith seeking huge deal to return to Cavs, in the $15m per year range. Can Cavs really pass on bringing him back?

Cavs GM David Griffin tells @espn to expect a JR Smith re-signing: "When the time is right something will get done. I'm very confident …"

Despite Griffin’s confidence, Cleveland does not have $15 million in cap space to spare at the moment, so the team will either have to get Smith to sign for less, dig into the luxury tax, or simply pass on the sharpshooting guard. Meanwhile, LeBron James remains unsigned in Cleveland, though he and his team have made it clear that James will stay in Cleveland.

Last season, Smith only made $5 million, but now it sounds like he is looking to triple that number heading into the 2016-17 season. If he does indeed get a deal done for $15 million, it would be the biggest contract signing for Smith since he joined the NBA back in 2004.