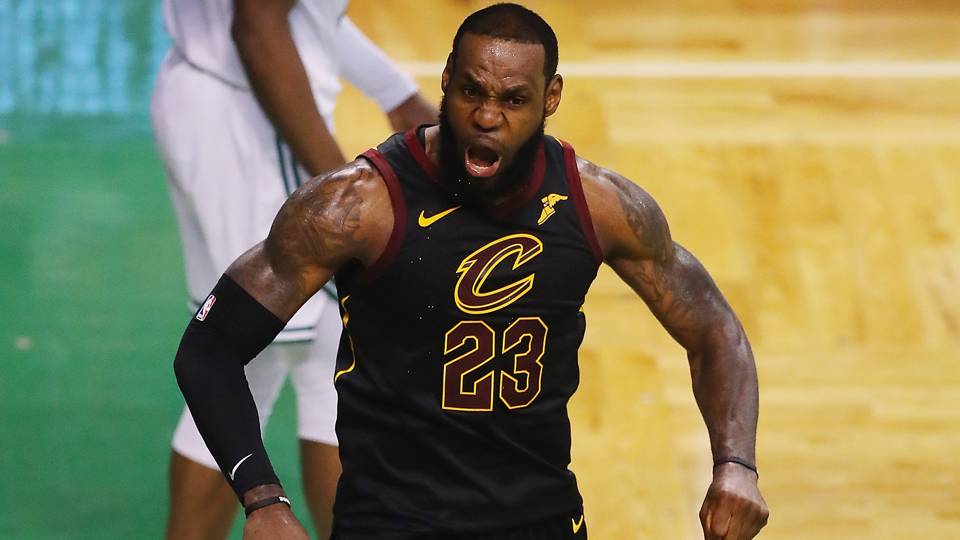 After having helped put an end to the Cleveland Cavaliers’ 12-game losing streak on Sunday night over the Los Angeles Lakers, Cavaliers center Tristan Thompson reflected on just how valuable former Cavs forward LeBron James was to the team.

Thompson believes that an over-reliance on the future Hall of Famer proved to be costly during the Cavaliers’ four NBA Finals matchups against the Golden State Warriors during the 2017-18 season.

Thompson noted how much the Lakers have struggled since James went out with a groin injury last month, dropping from the fourth-best record in the Western Conference to a tie for the eighth spot.

Thompson then stated how Golden State’s emphasis on stopping James during those Finals put the Cavs in an unfamiliar position:

“I always felt like that was our, what we were kind of missing when we played Golden State. Teams that do very well against Golden State are teams who have guys in multiple positions that can attack their guys. I think a lot of the time, we were dependent so much on Bron that when we got to the finals, they forced other guys to step up and make plays and guys weren’t really ready.”

In four matchups against the Warriors, the Cavaliers were only able to capture one league title, which came in 2016. That effort required a historic comeback on Cleveland’s part from a 3-1 deficit in the series, with Golden State compiling a combined 15-7 record in the 22 games played in those four Finals.

That dependence on James by the Cavs was even more noticeable during the four seasons he spent with them from 2014 to 2018. In the 27 games that James didn’t play in, the Cavaliers compiled an awful record of 4-23 in those games.

The absence of James from the Cavaliers this season can be seen by taking one glimpse of the NBA standings. Instead of building toward another possible trip to the Finals, the Cavaliers’ victory over the Lakers gives them a record of 9-35 on the year.