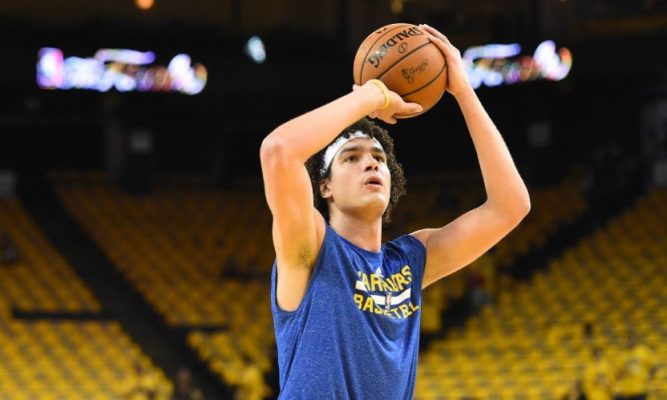 Despite the fact that former Cleveland Cavaliers center Anderson Varejao was a member of the team for the first half of this past season, he has no plans to accept a championship ring if it’s offered.

Sam Amico of Fox Sports Ohio tweeted that information, which had been periodically discussed since the Cavaliers won the NBA title on June 19. Varejao, who recently re-signed as a reserve for the Golden State Warriors, is the first player in league history to have played for both teams in the finals during the same season. That distinction technically guaranteed him a chance to obtain a ring.

Varejao eligible to receive a championship ring from time with #Cavs, but told he has no plans to accept after finishing with #Warriors.

The 6’10” Varejao had previously indicated that accepting one wouldn’t be fair to his teammates on the Warriors. He was in the midst of his 12th season with the Cavaliers when he was traded along with a future first-round pick on February 18 to the Portland Trail Blazers. He was immediately waived by the Trail Blazers and signed by the Warriors a few days later.

At the time of Varejao’s departure, he had played in 31 games for the Cavs, averaging 2.6 points and 2.9 rebounds per game. He put up similar numbers in 22 games with the Warriors, averaging just nine minutes per game over the course of the entire season.