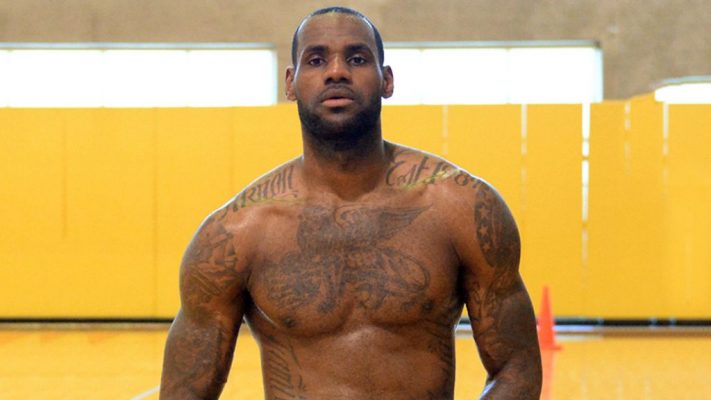 Just two months away from starting his 15th season in the NBA, Cleveland Cavaliers forward LeBron James shows no sign of diminished enthusiasm for the game. That fervor has even extended to the drudgery of offseason workouts, which are vital for veterans like James.

I've spoken to two people privy to LeBron's workouts the last couple weeks. They both used the word "obsessed" to describe his current state

The reasons for James’ vigorous approach could be the result of frustration after having been on the losing end of the NBA Finals, coupled with a tumultuous offseason that effectively concluded on Tuesday night with the trade of Kyrie Irving to Boston. In the latter case, Irving’s original reason for wanting to be traded was given as a desire to no longer play in the shadow of James.

Despite rumors of animosity between the two players in the aftermath of that revelation, James offered a classy farewell on Twitter after the deal was announced:

That's the only way to be to the kid! Special talent/guy! Nothing but respect and what a ride it was our 3 years together Young Gode #Filayy https://t.co/wKYmYsmdgG

The key player in the Irving deal, point guard Isaiah Thomas, is continuing to rehabilitate the injured hip that abruptly ended his 2016-17 season during the Eastern Conference Finals against the Cavs. That could delay his start with the team, though with James seemingly defying the aging process, the Cavaliers still figure to be in good shape.