How Adding Mike Dunleavy Makes up for Losing Matthew Dellavedova 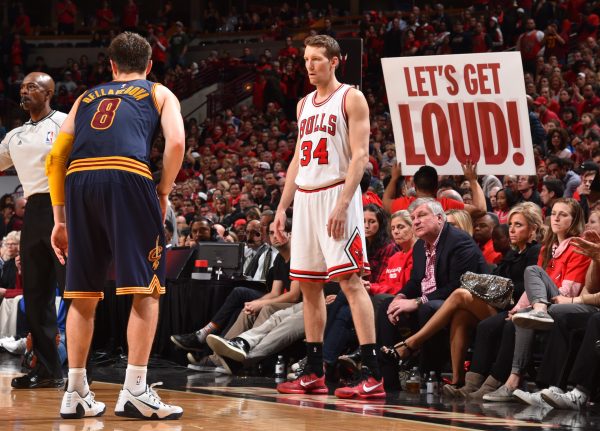 The contributions were tangible. The affection between all sides was mutual.

But the time had come for the Cleveland Cavaliers and Matthew Dellavedova to part ways. And general manager David Griffin turned a potentially negative situation from a PR standpoint into a positive one by acquiring Mike Dunleavy from the Chicago Bulls.

The Cavs were not about to match the four-year, $38 million offer sheet given by the Milwaukee Bucks to a backup point guard who was a non-factor in the historic and triumphant comeback from a 3-1 series deficit last month in the NBA Finals. Much like Timofey Mozgov, Dellavedova went from being an integral component of the injury-ravaged team which gave the Golden State Warriors fits a year earlier to someone expendable, not to mention too darn expensive to justify keeping.

Dunleavy began his career with the Warriors before taking up residence in the Central Division with three of the Cavs’ rivals. He went 10-of-25 from three-point range while averaging 11.3 points a game against them in the 2015 Eastern Conference semifinals, a series where the Bulls were on the brink of seizing control until LeBron James hit a corner jump shot at the buzzer to win Game 4.

Unlike several veterans who have come to Cleveland willing to accept non-starting capacities, Dunleavy was never teammates with James. Given that he turns 36 in September and had back surgery a year ago, which limited him to 31 games last season, his addition might have come out of left field to some observers.

But as the Cavs’ matchups with the Warriors the past two years have demonstrated, versatility and the ability to stretch the floor with the threat of long-distance shooting have both become more important than ever. At 6-foot-9, Dunleavy is capable of guarding multiple positions on defense while further bolstering the offense of a team which ranked third in three-point attempts per game (29.6).

He has shot no worse than 38 percent from that distance in each of the past six seasons. As a point of comparison, Dellavedova — for all of his heart and hustle — made only eight of his 31 such attempts during the Cavs’ title run. Opposing teams grew increasingly willing to gamble on leaving him open beyond the perimeter, while Kyrie Irving was on the bench getting a breather.

The Bulls were ready to move Dunleavy in order to clear salary cap space to sign Dwyane Wade. And Griffin was able to finagle from the Bucks a $4.8 million trade exception which he in turn sent to the Bulls.

Dunleavy comes to the Cavs as what passes for a bargain in the NBA nowadays. Perhaps best of all, the Cavs still have the $9.6 million exception left over from the Channing Frye-Anderson Varejao trade.

No one is under the delusion that this should be anywhere near the equivalent of Wade jumping to the Bulls or Kevin Durant joining the Warriors. But considering what Griffin and the Cavs had to work with to try and stay ahead of possible pursuers, they did more than alright for themselves.