Don't Miss
Home / Videos / Video: LeBron Fires Back at Ben Simmons’ Comments on Facing Him in the NBA

Video: LeBron Fires Back at Ben Simmons’ Comments on Facing Him in the NBA 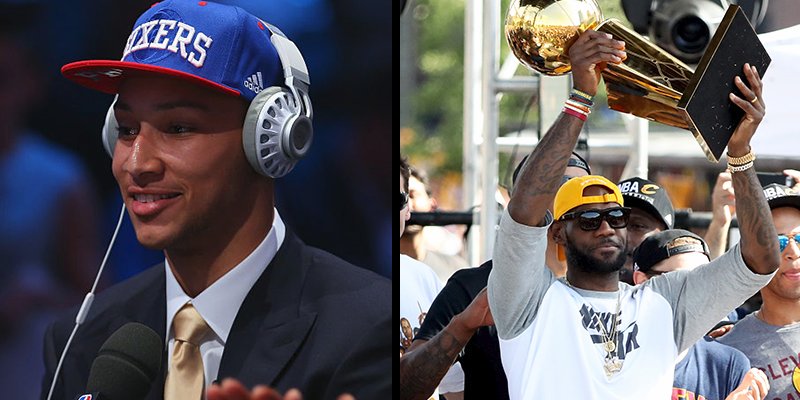 LeBron James didn’t hold back after rookie standout Ben Simmons was drafted with the No. 1 overall pick by the Philadelphia 76ers.

Simmons, who actually is being mentored by James, was a guest on “The Dan Patrick Show” and was asked about the last time he spoke to the four-time MVP.

The Louisiana University Product told King James that he couldn’t wait to face him on the court.

“I told him that I look forward to finally matching up against him,” Simmons said.

However, James apparently had the most epic response ever.

“He just flipped the camera [around] and it was the championship trophy,” Simmons said. “So I couldn’t say anything back.”