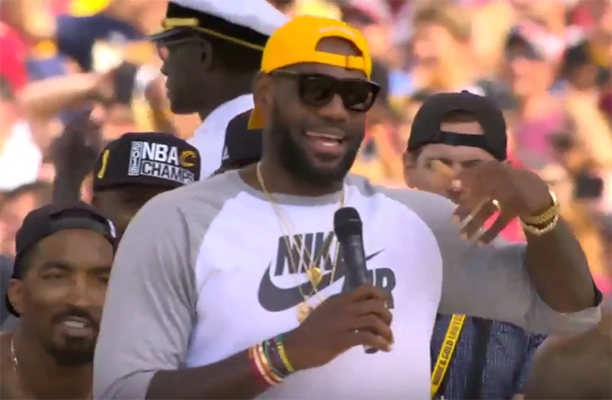 The prodigal son of Akron, Ohio has finally done what he’s promised all along.

On Sunday, the Cleveland Cavaliers defeated the Golden State Warriors in a historic Game 7 to become the first team to ever come back and win an NBA Finals after trailing 3-1.

Finals MVP LeBron James played a huge part in the victory and delivered an epic speech during Wednesday’s championship parade.