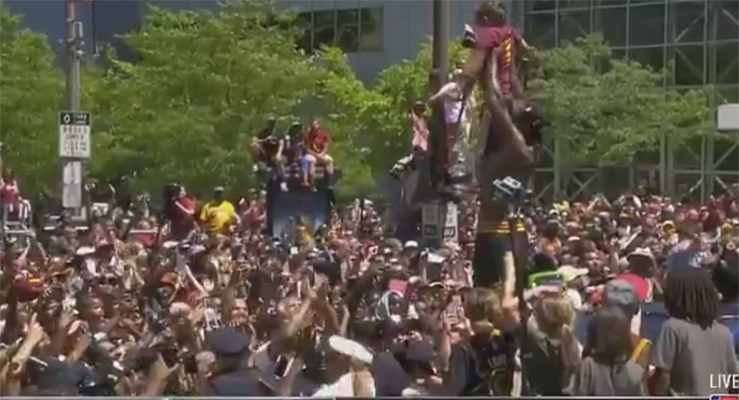 As the Cleveland Cavaliers are currently celebrating their first NBA championship at the downtown Cleveland championship parade, there’s one player whose antics are taking the spotlight.

Watch as shooting guard J.R. Smith lifts a young Cavs fan up like the character Simba from “The Lion King.”

J.R. Smith just did the "Circle of Life" from The Lion King #Cavs #cavsparade #NBA pic.twitter.com/qsCuaSiqee