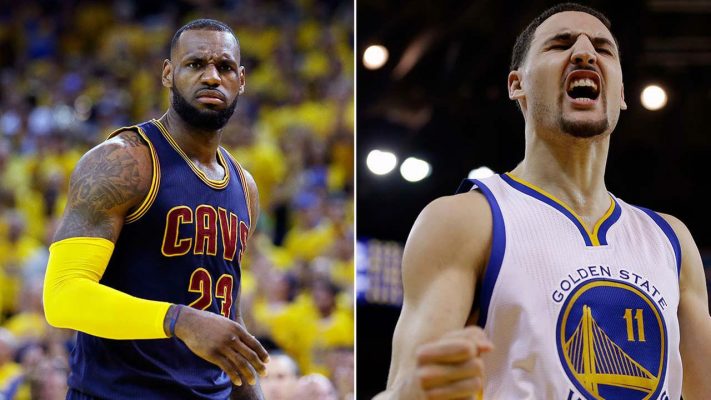 With the suspension of Golden State Warriors forward Draymond Green for his actions against the Cleveland Cavaliers‘ LeBron James in Game 4 of the NBA Finals now in place, one of Green’s teammates took issue with James’ sensitivity toward the trash-talking incident.

Klay Thompson made the comment about James that was passed along in a tweet by Rachel Nichols of ESPN:

Klay Thompson on LeBron & trash talk: "I'm surprised some guys take it so personal. It's a man's league. I guess his feelings got hurt."

Green was suspended for Monday’s Game 5 after NBA officials looked at footage of the incident, which took place in the waning moments of Friday night’s game. The NBA subsequently called Green’s action a “retaliatory swipe of his hand to the groin” of James.

The Cavaliers currently trail in the series 3-1 and need to win Monday night’s game just to avoid elimination.