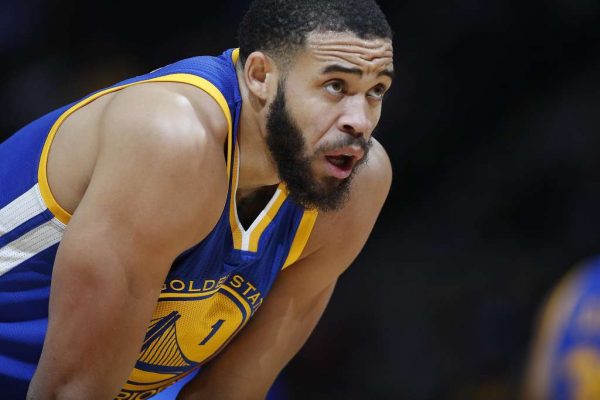 After reports surfaced on Tuesday that alleged that an anonymous Cleveland Cavaliers player had said JaVale McGee was not smart enough to play in the NBA Finals, the Golden State Warriors center gave his response on Wednesday.

On Tuesday, NBA reporter Dave McMenamin appeared with Brian Windhorst on the “The Basketball Analogy Show,” a podcast on ESPN Radio, and passed on the alleged remarks of the anonymous Cavs player after Windhorst had praised McGee’s play:

“I had a Cavs player disagree with your opinion of McGee,” McMenamin said in response to Windhorst. “He postulated to me that he doesn’t even think McGee’s gonna be able to get on the court or certainly not stay on the court because he doesn’t think he’s quote, unquote ‘smart enough’ to be able to play in this series.”

McGee said he has since heard the quote and responded on Wednesday:

“I don’t silence nobody,” McGee said. “They can say what they want. Freedom of speech, we’re in America, so say what you want.”

However, he did question the validity of the report, since the player’s name was undisclosed:

“It might not be disrespectful depending on who it’s coming from or it might not be real at all,” McGee said. “If you’re not going to put your name on it, then why say it. But that’s even if it’s true (or) if the reporter was making it up just to stir some (stuff) up.”

The center said that he wasn’t bothered by the remarks, especially since there wasn’t a player’s name given out by McMenamin:

Regardless of the comments made, McGee remains highly motivated for his first appearance in an NBA Finals game:

“I done made it this far,” McGee said. “I don’t need nobody to add fuel to my fire. My fire is going.”

During the Warriors’ dominant run through the 2016-17 playoffs, McGee is definitely making the most out of his limited opportunity by contributing 7.0 points, 3.2 rebounds and 1.1 blocked shots in only 10.5 minutes of action per game.

The 7-footer will get a chance to show his worth when Game 1 of the 2017 NBA Finals between the Cavs and Warriors tips off shortly after 9 p.m. ET on Thursday night.