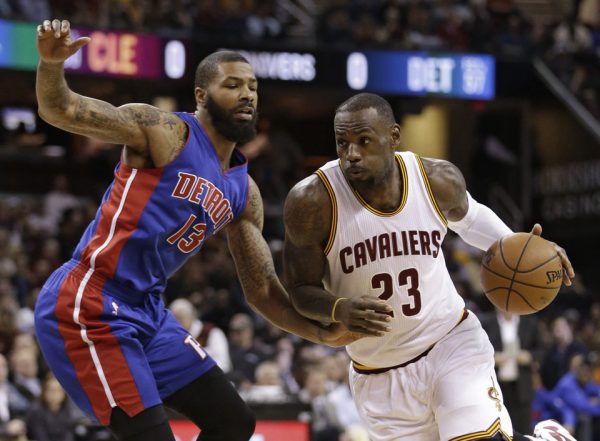 “He gets beat up the most in the league. He takes a lot of hits night in and night out, especially in this series, and he keeps pushing and he stays mature. As our leader, that’s what you need from him: Stay mature and just keep playing and let the refs handle what they need to do. If he’s doing that, then we have no excuse.”

That’s what Cleveland Cavaliers center Tristan Thompson said of LeBron James on Sunday after it was revealed that Detroit Pistons center Andre Drummond would be going unpunished for an errant elbow he threw at James during Friday’s Game 3.

The statement couldn’t be more true. At 6-8, 260, and a one-of-a-kind athleticism, James gets treated unfairly on foul calls, plain and simple.

“Initially I was surprised,” Drummond wasn’t punished, James said Sunday. “But then I thought who he did it to and I wasn’t surprised.”

It’s true, sometimes a whack on James goes unnoticed because of how players tend to bounce off of him.

Regardless, this isn’t the first time that James has subtly sent a message to the league and hopefully, they clean up their act soon.