Don't Miss
Home / Media / LeBron James: There Was More Pressure to Win a Championship in Miami

LeBron James: There Was More Pressure to Win a Championship in Miami 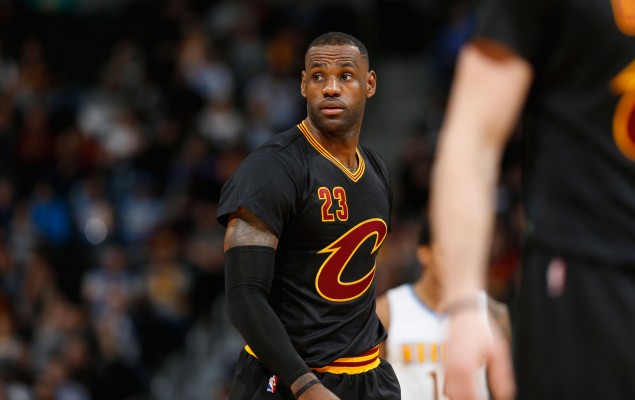 Despite being the focal point of the Cleveland Cavaliers’ quest to win the city’s first title since 1964, LeBron James says that the pressure to win in Miami was much heavier during his four seasons as a member of the Heat.

James made that and other comments to Chris Haynes of Cleveland.com, with teammates Kyrie Irving and Kevin Love refuting reports that they lack the burning desire to win, given that they’re both younger than James.

Despite having grown up in Northeast Ohio, James doesn’t feel the weight of more than a half century of Cleveland teams coming up short:

“For me, I understand the history of Cleveland sports, but I’m not a part of the whole history,” James said. “I’m a part of nine seasons. I’m not a part of 58 seasons, or whatever the hell it is. I don’t think the expectations for 50-plus years had been to win a championship.”

James then compared that pressure to his experience in Miami, when he arrived in controversial fashion following “The Decision” in July 2010:

“Winning in Miami was way more pressure than this,” James said. “In Miami if you didn’t win you bust, straight up, while we were there those four years. I think that was just the pressure around us and we handled it very well. We were a group that really didn’t let the pressure get to us too much. We were a veteran group and we actually liked it that. We liked a little conflict, a little pressure.”

That pressure increased following James’ first season, when the Heat lost in the 2011 NBA Finals to the Dallas Mavericks. However, it was reduced considerably after the team won consecutive titles the next two years.

Irving spoke of his desire to win not only for himself, but also for James:

“I know that I want to win based on for my legacy, but also when you have a great player like that, such as LeBron, you want to win for him as well,” Irving said. “You definitely want to have an impact on what the success is for a championship run. I don’t want him to ever feel that he has to shoulder as much of the load because as a leader of this team. You never want it to feel like he’s out there alone.”

“I think it’s definitely urgent to win with the team we have now,” said Love. “There’s definitely a sense of urgency, but I think that’s a good thing. “‘Bron’s the best player in the world, man. I guess in some ways it comes with the territory. But I think it’s on all of us because he brings it every single day so we have to make sure we’re up to par with what we’re trying to accomplish.”

The Cavaliers are currently sitting in the top position among teams in the Eastern Conference, with 18 games to go in the regular season. However, if they’re able to win the conference, they’ll still have to knock off a foe that’s expected to be one of the last two NBA champions: either the Golden State Warriors or the San Antonio Spurs.