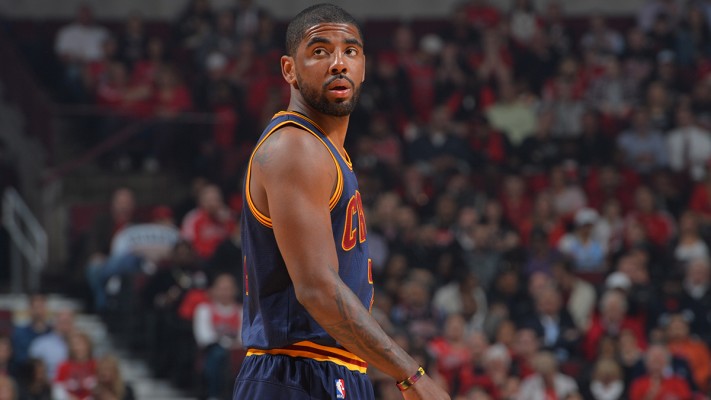 It was almost a year ago that Kyrie Irving was the talk of the NBA when he scored a career-high 57 points as the Cleveland Cavaliers handed the San Antonio Spurs what remains their last regular-season loss at home.

The talk about him was far less kind last weekend after the Cavs lost at Toronto and Washington in games where point guards Kyle Lowry and John Wall were virtually unstoppable.

Things subsided somewhat Monday night after a 100-96 victory over Indiana, which Irving helped clinch with four free throws in the final eight seconds. But the defeats to the Raptors and the Wizards raised anew questions about his defense and whether the three-time All-Star is concentrating too much on creating his own shot rather than getting others involved.

Going into the game against the Pacers, Irving ranked 76th out of 84 point guards in ESPN’s Real Plus-Minus (RPM), a system which measures a player’s estimated on-court impact on team performance per 100 offensive and defensive possessions. While he scored a game-high 28 points Sunday at Washington, he also had a game-worst plus-minus rating of -22 as the Cavs trailed by as many as 30 with LeBron James being given the afternoon off.

Lowry’s 43 points Friday night were the most put up against the Cavs all season. By the time of the final key possessions in the Raptors’ fourth-quarter comeback, Cavs coach Tyronn Lue took Irving off of Lowry and went with Matthew Dellavedova, although Lue’s strategy of not giving Dellavedova help by way of a double-team raised a few eyebrows.

Part of the reason for the enormous success Lowry enjoyed was the inability of the Cavs to make him expend a lot of energy at the defensive end. Irving was uncharacteristically passive and finished with only 10 points and one assist in 31 minutes.

In the 33 games since returning from the knee injury he suffered in Game 1 of the NBA Finals, Irving is averaging a career-low 4.4 assists per game. Performances like the one he had in Toronto can cause critics to drag out the familiar charges about whether or not he dribbles too much and causes the offense to become stagnant.

After finishing the month with a 22-point effort against the Pacers in a contest which had the sort of intensity associated with the playoffs, Irving told ESPN.com’s Dave McMenamin that he and the rest of the Cavs know their tests will only get tougher:

“I mean, we go on a two-game losing streak, we lose three out of our last four, you know things get a little tough, our backs are against the wall, but it’s really not,” he said. “We go down [three] points [late] against the Indiana Pacers, it’s not even adversity yet. We haven’t even hit anything that’s going to be a test for us yet. Going forward, we just have to have that mental attitude that the only thing that matters is that everyone in this locker room knows what’s going on here.”

Irving’s comments came at the end of a tumultuous 24-hour stretch which included a report claiming he would prefer playing for another team. He addressed that topic while trying to deflect the attention away from himself:

At 42-17, including a 12-6 record since Lue took over as head coach, the Cavs are five games better than what they were heading into March a year ago. They have a 14-3 mark in games where Irving has scored at least 20 points, including a Feb. 8 showing against the Sacramento Kings that saw him score 32 points and hand out a season-high 12 assists.

Criticism of his defense and passing, or lack thereof, will come and go. But Irving remains confident that the combination of him, James and Kevin Love at full strength makes the Cavs the team to beat in the Eastern Conference.

“I know what we have and the opportunity … to be something special,” he said.