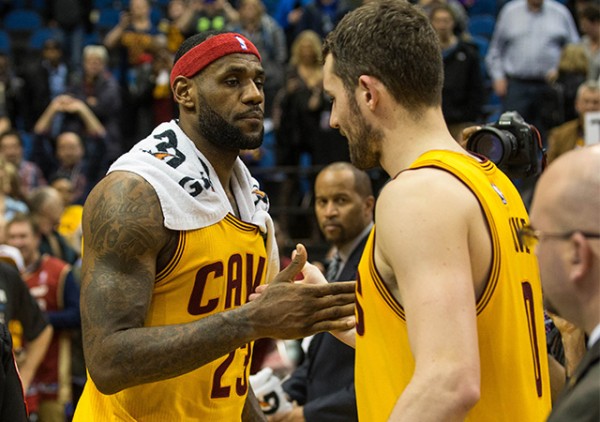 Rumors of a pending trade of Cleveland Cavaliers’ forward Kevin Love to the Boston Celtics were dismissed by LeBron James, who was asked about the rumor during All-Star Game festivities on Saturday morning.

LeBron James was asked about the Kevin Love rumor to Boston. "It's false."

The potential deal, which was first reported by Frank Isola of the New York Daily News on Friday, had Love as part of three-team trade involving the Cavaliers, Celtics and New York Knicks. Love would go to Boston, while the Knicks would send Carmelo Anthony to Cleveland. In exchange, the Cavaliers would surrender center Timofey Mozgov, with undisclosed draft picks also part of the alleged package.

The basis for the rumor is that James and Anthony were both top first-round selections in the 2003 NBA Draft, and have a longstanding friendship. In addition, the perception among some national media is that Love continues to struggle in his role with the Cavs.

The NBA trading deadline comes on Thursday at 3 p.m., with the Cavaliers reportedly involved in other deals.