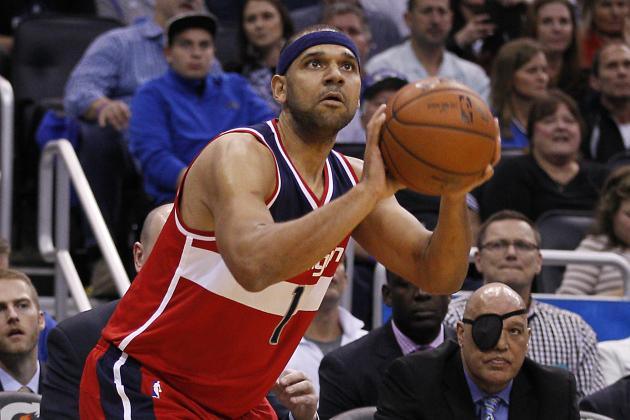 According to Brian Windhorst of ESPN Cleveland, the Cleveland Cavaliers “would love” to acquire Washington Wizards forward Jared Dudley.

“The Cavs would love to get their hands on Jared Dudley.

With the Cavs most likely running into a powerhouse team like the Golden State Warriors or San Antonio Spurs if they hope to win a championship, Dudley would be an excellent addition to Cleveland’s wing.

Dudley could be used as a 3-and-D player, similar to the role of Shane Battier, who played power forward during his time with the Miami Heat so LeBron James could remain at the small forward position.

Cleveland currently has a trade exception large enough to absorb Dudley’s salary, and could offer a future first-round pick in return.

With the trade deadline quickly approaching on February 18, let’s see if the Cavs decide to pull the trigger on the 30-year-old Dudley.