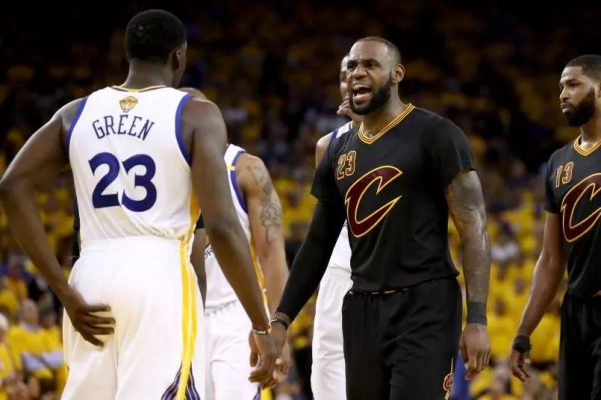 The wild rumor about Cleveland Cavaliers forward LeBron James being open to signing with the Golden State Warriors in July, when he’s expected to again be a free agent, ignited a firestorm on Thursday. However, it appears that if James does leave the Cavaliers, it won’t be for Golden State because of the long-term ramifications such a decision would bring.

James spoke to the media following the team’s Friday practice, with the 15-year veteran indicating that he had first heard of the rumor on Thursday morning through an alert via his phone:

“I never said I would sit down with Golden State or sit down with anybody,” James said, according to Joe Vardon of Cleveland.com.

Vardon offered more insight into why James would decline to make the undoubtedly controversial move:

“The story says James would take this hypothetical meeting out of ‘respect,'” Vardon wrote. “But in the last 24 hours James has in fact confided in people close to him that he would never join the Warriors — knowing the impact it would have on his legacy.”

That legacy is closely tied to the NBA-record three consecutive matchups that have taken place between James’ Cavaliers and the Warriors. During his comments, he also made an effort to put an end to the speculation that’s been flowing about which team he’ll be playing for during the 2018-19 campaign:

That’s not likely to change more rumors from flowing over the next five months, with the pace of that speculation expected to hit warp speed whenever the Cavaliers’ season ends.