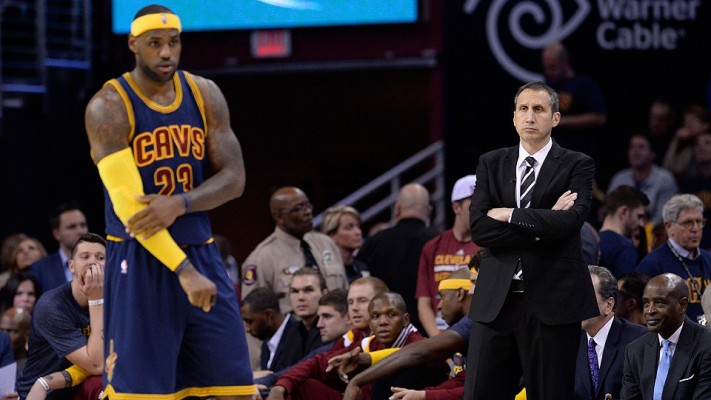 You may not remember much of Brendan Haywood in Cleveland, but he was on the Cleveland Cavaliers‘ roster during their run to the Finals last season.

Haywood saw action in just 22 games for Cleveland last season, but he was a first-hand witness to what went on in the Cavaliers’ locker room for the entire season.

While appearing in an interview on SiriusXM’s NBA Today, Haywood didn’t have flattering things to say about his former head coach, David Blatt:

“Coach Blatt was very hesitant to challenge LeBron James. It was one of those situations where, being a rookie coach, and LeBron being bigger than life, it was a little too much for him. I remember we had James Jones [talk] to Coach about how, ‘Hey, you can’t just skip over when LeBron James makes a mistake in the film room.’ Because we all see it.

“And we’re like, ‘Hey, you didn’t say anything about that. You’re going to correct when Matthew Dellavedova‘s not in the right spot. You’re going to say something when Tristan Thompson’s not in the right spot. Well, we see a fast break and LeBron didn’t get back on defense or there’s a rotation and he’s supposed to be there, and you just keep rolling the film and the whole room is quiet.’ We see that as players. That’s when … as a player, you start to lose respect for a coach.”

It had also been reported by Cleveland.com’s Chris Haynes that Blatt showed favoritism toward his star players, while not hesitating to chew out any player outside of the “Big Three.”

Haywood commented how this favorable treatment toward LeBron James caused the locker room to lose respect for Blatt:

“Slowly but surely, that respect started chipping away where he would kind of be scared to correct LeBron in film sessions. When he would call every foul for LeBron in practice. Those type of things add up. Guys are like, ‘C’mon man, are you scared of him?’”

The former 7-foot center concluded his thoughts by stating that it wasn’t very shocking Blatt was fired considering he “lost the team”:

“From what I was hearing, David Blatt kind of lost the team. Then there were differences about what guys should be playing and what guys weren’t playing, from a management-coaching standpoint.

When you factor in all of these stories from current and ex-Cavaliers players, there really isn’t much of a positive vibe.

While many feel that the firing was unjust considering the Cavaliers are leading the Eastern Conference at the NBA’s midway point, there clearly is more to this story than meets the eye.

Blatt wasn’t fired because the team lost to the Golden State Warriors in blowout fashion on Monday night—he was fired because he had lost command and the respect of his players.