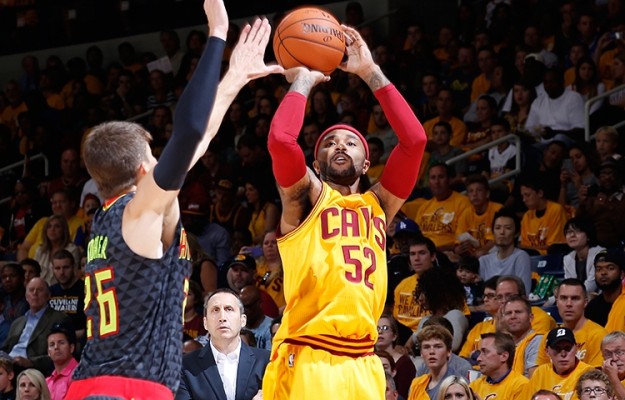 After a weeks of uncertainty, the health status of Cleveland Cavaliers point guard Mo Williams appears to have gotten over a major hurdle with word that Williams only has a partial tear in his right thumb that won’t require surgery and will allow him to continue playing.

That news, according to Cavs beat writer Jason Lloyd of the Akron Beacon Journal, came after Williams traveled to New York on Thursday to get a second opinion on the nagging problem that developed after he injured his thumb last month. He met with the doctor who had performed two earlier thumb surgeries on him, Dr. Michelle Carlson.

The brief trip was based on Williams’ comfort level with the physician:

“She knows everything about the thumb, she did both surgeries. It was just good for her to get her eyes on it,” said Williams. “It was just more of been there, done that with her. I was comfortable with her.”

Williams will continue to heavily tape his thumb prior to games, but will otherwise not be prevented from playing in his new reserve role for the team. He was reluctant to comment on his new status:

“I don’t want to make it a story, to be honest,” said Williams.

Though the thumb injury has lingered, Williams’ recent absence from the lineup hasn’t been related to the issue. Cleveland head coach David Blatt attempted to explain the situation:

The Cavaliers will be in Minneapolis on Friday evening to face the Minnesota Timberwolves, the second contest in a six-game road trip.