Report: Kyrie Irving Urging Cavs to Let Him Return to Action, Could Be Active Tuesday 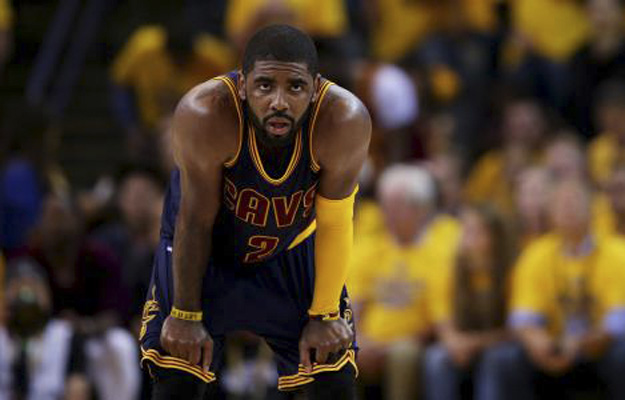 Kyrie Irving has been sidelined since Game 1 of the NBA Finals last June. By Tuesday night, he might finally be back in the Cleveland Cavaliers lineup.

According to Chris Haynes of Cleveland.com, Irving’s patience has worn thin as he desires to return from his knee injury:

“This week Irving has been desperately trying to persuade the organization to activate him, Cleveland.com was told. The Cavaliers have been urging him to remain patient, as they want to be cautious with the three-time All-Star.

“Irving is traveling and participating in full practices, waiting to be cleared. It’s only a matter of time and he could be as soon as Tuesday in Boston. He sat at his locker stall after the trouncing on Friday just marveling at his teammates. This group could be special.”

Despite Irving’s absence, the Cavaliers are currently 15-7 and have the best record in the Eastern Conference. However, their strong start has been overshadowed by the Golden State Warriors’ 24-0 start to the 2015-16 season. While Cleveland still remains the class of the East, their ultimate goal remains to win a championship—they’ll likely have to go through the Warriors in order to do that.

It had previously been reported that both Iman Shumpert and Irving would be activated in time for Cleveland’s matchup with the Warriors on December 25th. Shumpert made his return in Friday night’s 111-76 blowout win over the Orlando Magic.

While the Cavaliers are doing just fine without Irving, there is little doubt that they’ll need the three-time All-Star in order to accomplish their ultimate goal of winning the championship this season. The 23-year-old point guard hasn’t seen action in an NBA game in over six months, and it appears it’s finally getting under his skin.

If Irving is to be activated, his first action of the season would come against the Boston Celtics on Tuesday night. Considering Cleveland has an important matchup with their 2015 NBA Finals opponent—the Warriors—in less than two weeks, it appears Irving’s return will occur in the near future.