Don't Miss
Home / Media / Kevin Love on Return: ‘My Body Felt Better Than It Has in a Long Time’

Kevin Love on Return: ‘My Body Felt Better Than It Has in a Long Time’ 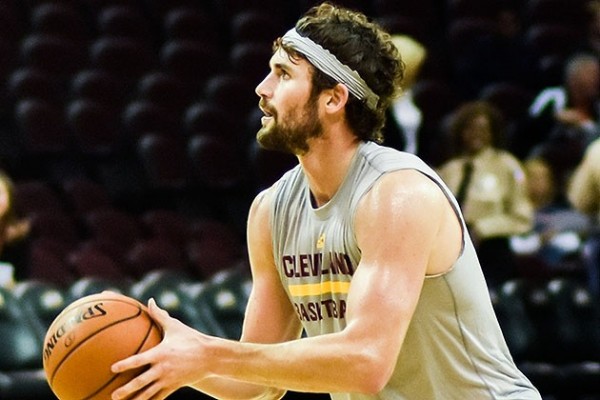 Kevin Love made his return to the Cleveland Cavaliers‘ lineup on Sunday night and everything was smooth sailing.

Love played 13 minutes, notched six points and grabbed four rebounds while banging his surgically-repaired shoulder in the post during the 87-81 loss to the Toronto Raptors at Air Canada Centre.

The three-time All-Star talked about the first hit he took in his first in-game action since late April:

“First play, actually. That was a good thing and a bad thing. It’s been tested a number of times in practice, I keep working on the strength. I’m sure there’ll be a few scares here and there but that’s kind of mentally just getting over the hump a little bit. I feel great.”

In his season debut for the team, the eighth-year forward had a successful outing as he exited the game in the second quarter without injury. He played a little more than six minutes in each of the first and second quarters. He sat out the entire second half, as head coach David Blatt intended.

Blatt had the following to say about Love’s debut, as he expects the 6’10” forward to start once again on Monday night versus the Dallas Mavericks at home:

Some highlights that Love had during the game were a couple of impressive passes, including a behind-the-back pass to Mo Williams for a three-pointer. The 27-year-old forward missed all three of his three-point attempts, but blocked a shot and recorded two steals.

Love commented on how his body felt following the game:

“My body felt better than it has in a long time. It was a good first step. I intend on being in the paint and getting those offensive rebounds like I used to. Just putting myself in position to be aggressive.”

Blatt was upbeat in regards to Love’s debut following the game:

“Kev has been down and out since Game 4 of the playoffs last year and he’s worked very, very hard to come back. He’s in good shape, he’s in good basketball shape too and now it’s time for him to get his rhythm and his game experience back.”

The Cavaliers will take on the Mavericks in their final preseason game on Monday night at Quicken Loans Arena, as Love is expected to play even more minutes in his second game back from injury.