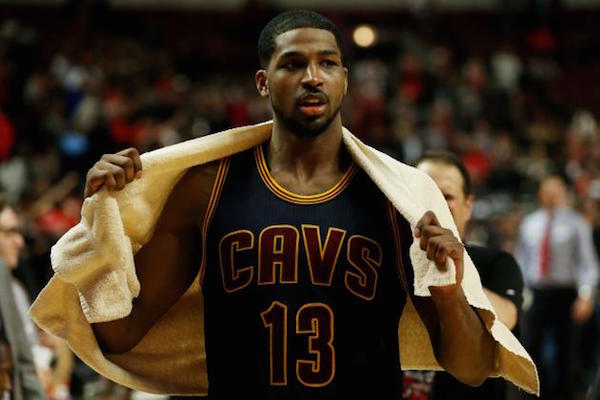 It looks like Tristan Thompson won’t be attending LeBron James’ pre-training camp after all.

According to the Cleveland Plain Dealer’s Chris Haynes, the Cleveland Cavaliers forward will not attend the assembly. Haynes stated the following in regards to Thompson’s absence at the camp:

“Restricted free agent Tristan Thompson will not attend the assembly, Northeast Ohio Media Group was informed. With the 24-year-old in the midst of a lengthy contract stalemate with the club, he has elected not to appear.”

It’s clear what Thompson’s message to the organization is: “I’m not currently under contract and don’t assume that I will play for the Cavaliers this season.”

The 24-year-old forward desires a max contract, while Cleveland has offered him a five-year contract worth $80 million.

This doesn’t mean that Thompson won’t a sign a deal with Cleveland any day now and join his teammates as a group.

As of right now however, Thompson is making his message loud and clear about how he’s not currently a Cavalier.