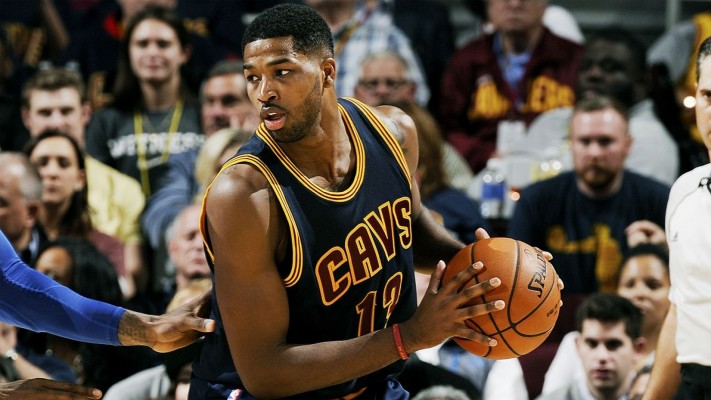 Now that Sasha Kaun is apparently in the fold for the Cleveland Cavaliers, the final piece of the team’s offseason puzzle remains the uncertain contract status of forward Tristan Thompson. What was thought to be a done deal on the first day of negotiations has turned into a stalemate, with Thompson’s camp threatening to leave after the upcoming season.

The hangup in negotiations stems from Thompson believing that he’s entitled to a max deal, whereby the team’s $80 million offer last month apparently didn’t qualify. He’s set to begin his fifth year with the team, but his contract stance means that it might be time to debate the issue of whether or not the Cavaliers truly need his presence in the lineup.

Given that Thompson also turned down a $52 million extension before the start of the 2014-15 campaign, most would say that the debate is justifiable. His subsequent strong season and playoff effort pushed his numbers up to what was the supposedly good enough for a $80 million proposed deal.

However, looking more closely at Thompson’s numbers, even paying him $80 million seems to be an overly generous proposition. Yes, he can be a monster on the boards, but taking a step back and looking at his stats shows that he’s averaging only 8.4 rebounds during the regular season.

In addition, his free throw shooting numbers are suspect enough that his presence on the court can become a liability late in games. That’s because opposing teams, like Golden State during the NBA Finals, specifically foul him in order to chip away at a deficit. Throw in the fact that his point production actually dropped during the regular season last year to 8.5 points per game and it’s easy to see why many fans are frustrated by Thompson and his extended contract negotiations.

Thompson’s main bargaining chip seems to be that his agent, Rich Paul, also happens to be the agent of LeBron James, who’s gone on record about how Thompson should be paid for his efforts. The unspoken fear of management and fans is that by going against James in this matter, the team could potentially be risking a sequel of The Decision.

Still, James’ spoken goal is to win a title for the city of Cleveland, and presumably that means multiple ones, if possible. However, if Thompson’s contract becomes a strait jacket for David Griffin when looking to make a trade or if future free agent consideration are limited, James may be forced to look at the bigger picture.

That means considering the possibility of a sign-and-trade deal involving Thompson, though the Cavs may be forced to also toss in the trade exception they gained in the Brendan-Haywood-Mike Miller deal from last month to make it happen. Still, if the Cavaliers are able to move Thompson, it frees up salary that can be used elsewhere.

One of the more intriguing possibilities in any sign-and-trade would be a trade for Markieff Morris of the Phoenix Suns. Earlier this month, he indicated that he wanted out of the Valley of the Sun after the team dealt his twin brother, Marcus, to the Detroit Pistons. 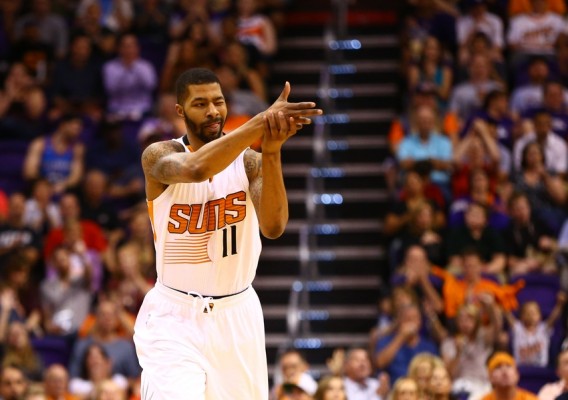 Morris signed a deal last year that will pay him $8 million per year through the 2018-19 season. Last season, he started all 82 games for the Suns, averaging 15.3 points and 6.2 rebounds. One year earlier, he came off the bench in 81 games and still averaged 13.8 points and 6.0 rebounds.

Both Thompson and Morris are essentially the same height, while Morris is approximately 18 months older after spending three years in college with the Kansas Jayhawks. The obvious better point production, combined with the seemingly negligible difference in rebounding, gives Morris the edge in numbers, especially when comparing potential contracts.

Even if Cleveland decides to renegotiate a long-term deal to bump up Morris’ salary and lock him up for years to come, it likely wouldn’t approach what they’ve already offered Thompson. Part of the reason that Morris accepted a team-friendly deal in the first place was because of the opportunity to play with his brother.

If the Cavaliers were to simply choose not to extend Morris, they’d still have him for the next four seasons. That window pretty much coincides with the remainder of James’ prime, so the idea of having Morris provide quality minutes until at least 2019 has to be more reassuring to James than the prospect of Thompson checking out next year with nobody to replace him and the team tied up in salary cap knots.

The problem with this scenario is that Morris’ brother was traded in order to dump salary, so the Suns may not be inclined to either take on the potentially onerous contract of Thompson or risk losing him after just one season.

That means a three-way trade might be the way to approach this, with a team like Portland a distinct possibility. Either that, or Phoenix can handle the particulars once Thompson is dealt to them. With regard to the Trail Blazers, they have plenty of room to take on Thompson’s contract and need someone to at least come close to the production of the departed LaMarcus Aldridge.

Presumably, Griffin has pondered this issue on more than one occasion, along with a wide variety of other possibilities. Regardless of what final decision is made regarding Thompson’s contract, the choice needs to be made with the long-term interests of the team in mind, and not simply grasping for an elusive title this year before damage is done.

Investing so much in a player who is more of a specialist than anything else is something that can come back to bite the Cavs down the road. That means taking a very close look at whether Thompson is truly worth the price. Depending on what’s actually out there, the evidence suggests that there are enough alternatives for the Cavaliers to consider making a change.