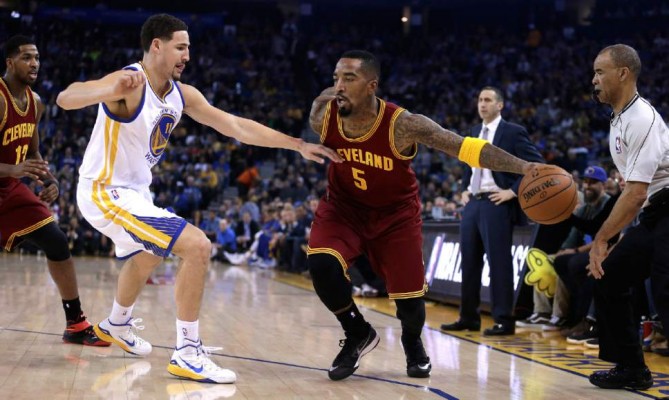 The free agency saga has once again hit a bump for Cleveland Cavaliers’ guard J.R. Smith, who, one month after announcing that he was opting out of his $6.4 contract, appears to be in line to regret that decision.

The latest salvo against Smith comes from New York Knicks team president Phil Jackson, who told ESPN that prior to the trade that sent him to Cleveland, Smith’s off-the-court behavior was becoming an issue.

Jackson said, “J.R. had been exhibiting some delinquent behavior and had gotten into the habit of coming late to team meetings, or missing them altogether,” before later adding, “He was supposed to carry the scoring load for the second unit and he wasn’t doing the job.”

Part of Jackson’s annoyance with Smith stemmed from the latter’s comments that the Knicks’ depth at the shooting guard slot would be the biggest asset on the team.

That, coupled with Smith’s exploits away from the hardwood gnawed at Jackson, with the executive saying, “Because of his unacceptable behavior, he had two strikes against him with this team. He didn’t really respond. He’s a very sensitive guy, with his big doe eyes. He looked like he was going to tear up. But he finally responded that he was going through some issues with his gal.”

Jackson also noted that the performance of Iman Shumpert, the other key piece of the January 5 trade that involved both the Knicks and Oklahoma City Thunder, had been declining.

“After he suffered a hip injury in Dallas, his game went rapidly downhill,” said Jackson, who traded Shumpert when the guard was still recovering from a shoulder injury suffered one month after the hip problem developed.

On July 1, the first official day of NBA free agency, Shumpert signed a four-year contract with the Cavaliers that will pay him $40 million over the course of the deal.

In stark contrast, Smith has gotten no concrete offers from either the Cavs or another team. Part of the reluctance stems from the fact that Smith was reportedly looking for an increase in salary to $8 million a year—despite coming off a poor performance in the NBA Finals.

Cleveland has indicated that they would like to keep Smith, but team general manager David Griffin qualified that interest by adding, “If it’s the right situation.”

That likely means that instead of hoping for a 25 percent pay increase, Smith’s paycheck will see a reduction instead.