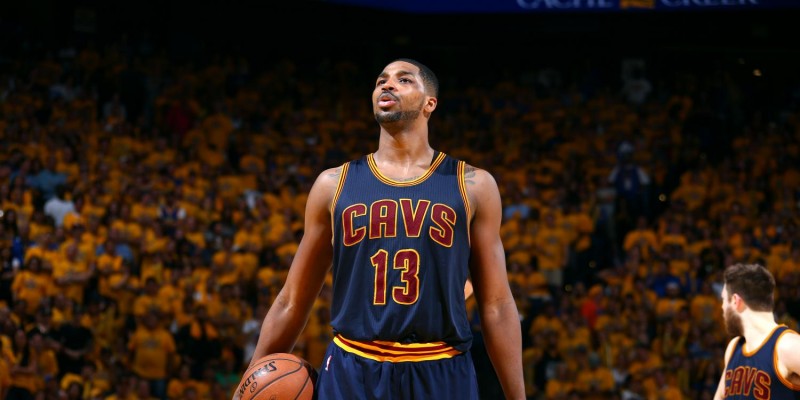 While Cavaliers Nation has celebrated the re-signings of big-name players such as LeBron James and Kevin Love this offseason, there’s still one big missing piece to the puzzle.

Power forward Tristan Thompson remains a free agent, with no recent news on the talks between Thompson and the Cleveland Cavaliers. However, General Manager David Griffin states that he still believes the five-year veteran will return to Cleveland, via Jason Lloyd of the Akron Beacon Journal:

Griff on signing Tristan: “I hope so. I don’t know about relatively soon, but I hope so … I think we’ll wind up getting something done.”

It was initially reported early on during the free agency period that both sides were close to getting a deal done. Then, they were reportedly far apart in negotiation talks.

Though that was the latest news on talks between the two sides, it is a good sign that there hasn’t been serious talks between Thompson and other NBA teams. This would indicate that the 6’9″ forward is intent on returning to Cleveland next season.

It is believed that the 24-year-old veteran is expecting a max or a near-max deal from the Cavaliers.