Don't Miss
Home / Editorials / Who Will the Cleveland Cavaliers Select at No. 24?

Who Will the Cleveland Cavaliers Select at No. 24? 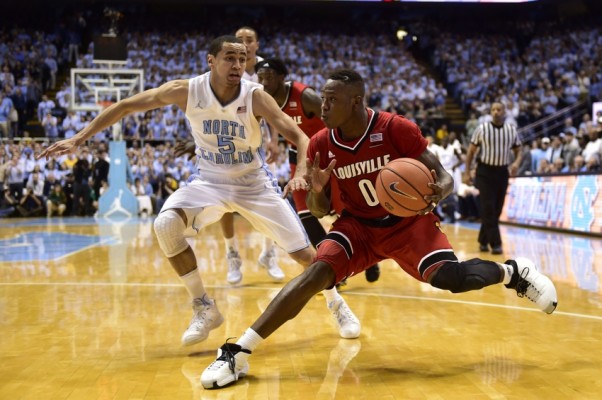 For each of the past four NBA Drafts, the Cleveland Cavaliers have been at or near the top of those teams doing the selecting. That was the “reward” for a series of seasons that ranged from absolutely terrible to very mediocre.

Of course on three of those occasions, it resulted in the Cavaliers getting the top overall pick. That, in turn, led to the presence of Kyrie Irving and Kevin Love on this past year’s roster, which means that the pain endured during that time is starting to have benefits attached to it.

This year, the Cavs will have plenty of time to contemplate who to take, since they don’t pick until the No. 24 spot. Then, in the second round, they’ll have the No. 53 selection. In the latter case, it’s possible that they can find someone that late, but the odds are that even if he makes the squad, he’s not likely to contribute much.

For example, just think of how much Joe Harris played this past year, and he was the No. 33 overall pick in 2014—20 spots higher. So if the Cavaliers are looking to add some effective depth at a reasonable price, they need to make the right call when No. 24 comes up.

There’s been some talk that Cleveland will attempt to package their top pick with Brendan Haywood and his unique cap-friendly contract. Either that, or deal the pick and rights to seven-foot Russian center Sasha Kaun, who has indicated that he might be interested in playing in the NBA next season.

In all likelihood, the Cavs will most likely end up holding onto the pick, so who might they end up with becomes the question. Over the past decade, that No. 24 pick has had a balance of decent and poor selections, so there’s no guarantee that the player chosen will end up offering any real contributions.

That said, that specific pick has seen players like Kyle Lowry, Serge Ibaka, Reggie Jackson, Tim Hardaway, Jr. and last year’s choice, Shabazz Napier get tabbed by teams, so value does exist when it comes to this option. 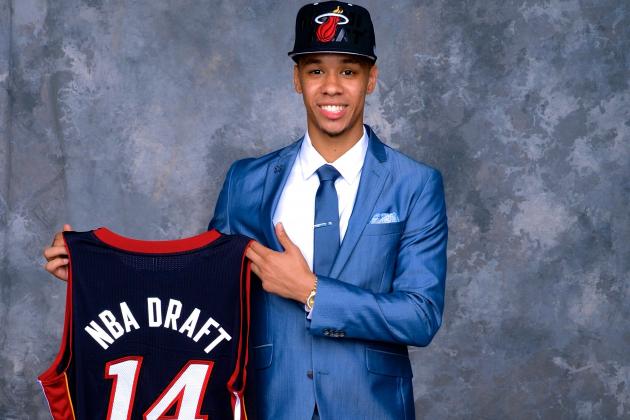 Interestingly, Napier was supposedly the player LeBron James told the Miami Heat that they should take if they wanted to keep James, so the Heat worked a deal with the Charlotte Hornets to get him. James obviously changed course, with Napier having a bumpy first pro season that saw him miss 31 games and average just over five points per game. However, with a full year now under his belt, Napier could begin to blossom, assuming he stays healthy.

On the flip side, the Cavaliers were one of those teams who whiffed on the No. 24 pick. That happened in 2012, when they picked Oregon State shooting guard Jared Cunningham, who has played for four other teams in three seasons, seeing action in a total of 40 games.

So who exactly will the Cavaliers choose with that No. 24 pick? We obviously won’t know for sure until later Thursday night, but in looking at 20 different mock drafts, three names pop up the most: Montrezl Harrell, a power forward from the University of Louisville; Rondae Hollis-Jefferson, a small forward from the University of Arizona; and Terry Rozier, a point guard who’s also from Louisville. 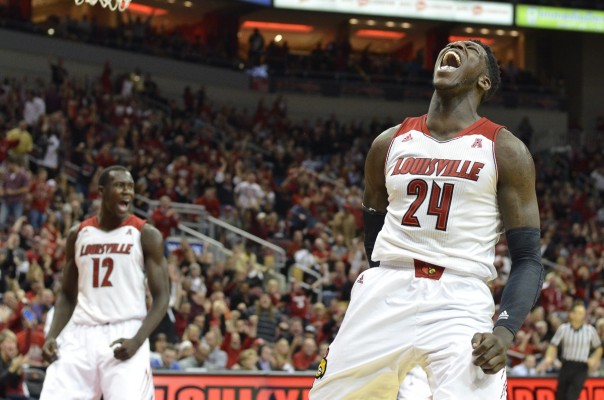 So in assessing the three top choices, Harrell might be the choice of James,’ since they share the same agent, Rich Paul. Whether or not that colors the perception of David Griffin remains to be seen.

Meanwhile, Hollis-Jefferson is a solid defender, who might help shut down some top scorers as he gains experience. However, he might be gone by the time the Cavaliers select, though if he does fall to them, teams might be scared off by his outside shooting, which needs some work.

Finally, the most popular choice in the mock drafts was Rozier, who would certainly be a fan favorite if selected. That’s because he played his high school ball in suburban Cleveland, so a homecoming might rival the populist surge that briefly accompanied Matthew Dellavedova during the NBA Finals.

Rozier put up good numbers this past year for the Cardinals, who reached the Elite Eight, by scoring 17.0 points per game, grabbing 5.6 boards, handing out 3.0 assists and collecting 2.0 steals per contest. Anything close to that at the next level will help protect against the lack of depth that ended up dooming the Cavs.

Whoever the selection turns out to be, Griffin and his staff, as well as the coaches and players, are hoping that his rookie contributions can help them win two more postseason games than they did this year. Doing that will help the Cavs raise the Larry O’Brien trophy for the first time ever.