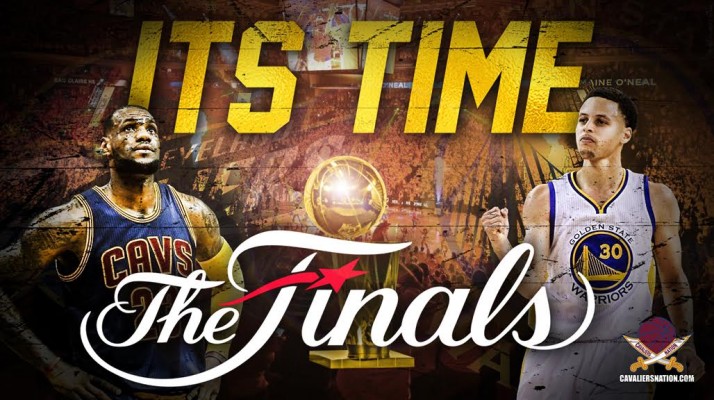 At last, the star-studded matchup that countless NBA fans have dreamed of has finally become a reality as the Cleveland Cavaliers will square off against the Golden State Warriors in the 2015 NBA Finals. The Cavs, who possess a highly-impressive 12-2 overall record in the playoffs, are only four wins away from their ultimate goal: an NBA Championship, the city of Cleveland’s first professional sports championship title since that of the 1964 Cleveland Browns.

Following their 118-88 manhandling of the Atlanta Hawks to complete their four-game sweep in the Eastern Conference Finals, the Cavs have quickly found themselves back in the NBA Finals for first time in eight years. The Hawks, who entered the NBA Playoffs as the first overall seed in the East, were simply outplayed across the board by the Cavs throughout most of the series. Outside of the Cavs’ thrilling 114-111 overtime victory in Game 3, the series was not nearly as competitive as fans had anticipated.

Although it took just five games for the Warriors to advance over the Houston Rockets in the Western Conference Finals, the series was not as one-sided as many people figured it would be.

Here’s the complete 2015 NBA Finals schedule, with Games 5-7 being played if necessary. 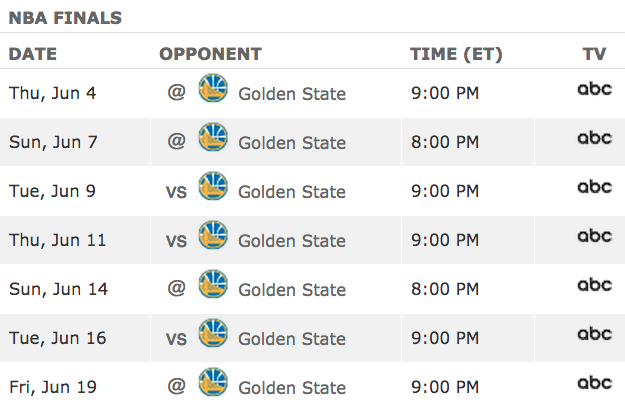 The Cavs, who were the number two seed in the East, will not have home court advantage for the second straight series in these playoffs.

In what should be an epic matchup for the ages between the NBA’s top two teams, here are six keys for the Cavs in order to beat the Warriors in the NBA Finals.

1. Keep Up with the Three-Point Shooting of the Warriors 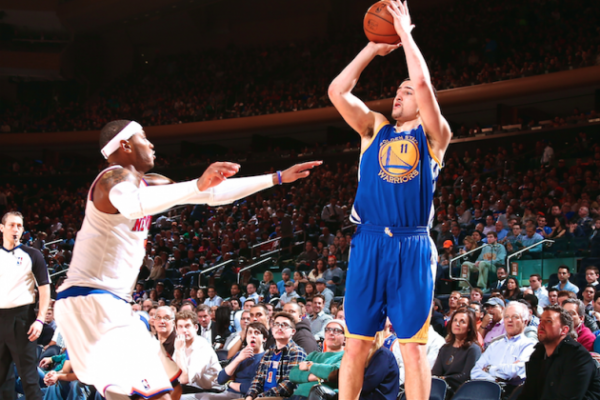 The number one key of the series is a complete no-brainer, since year after year the Warriors continue to be absolute freaks of nature in terms of their three-point shooting success.

The Warriors All-Star guards Stephen Curry and Klay Thompson (also known as the “Splash Brothers”), were ranked number one and two in three pointers made during the regular season with 286 and 239 respectively. Both guards suffered scary head injuries in Games 4 and 5, but passed the concussion protocol and are cleared to start in Game 1 against the Cavs.

“I know right when I get on the court, there will be some nerves the first couple minutes,” said Thompson during Wednesday’s NBA Media Day. “That’s natural. It’s been like that for every series I’ve ever played in. You shake it off after the first couple minutes and realize it’s a game you’ve been doing your whole life and you’re here for a reason.”

However, the high-powered attack doesn’t stop there, as Harrison Barnes, Draymond Green and Andre Iguodala are highly capable of draining threes as well.

Thompson, who averaged 21.7 points during the regular season and 19.7 points per game so far during the playoffs, continues to get better after every season and has blossomed into a budding young star. He also made history in the regular season in a January 23rd 126-101 victory over the Sacramento Kings, in which he scored 37 of his 52 points in the third quarter, an NBA record for points scored in a single quarter.

Like they have done throughout the playoffs, Cleveland must continue utilizing their strong three-point shooting. In order to counter Golden State’s superb shooting arsenal, this is where J.R. Smith, Iman Shumpert and James Jones‘ importance to the Cavs as great shooters must consistently be on full display during the NBA Finals.

Next: LeBron James Must Continue Success vs. Warriors’ Defense